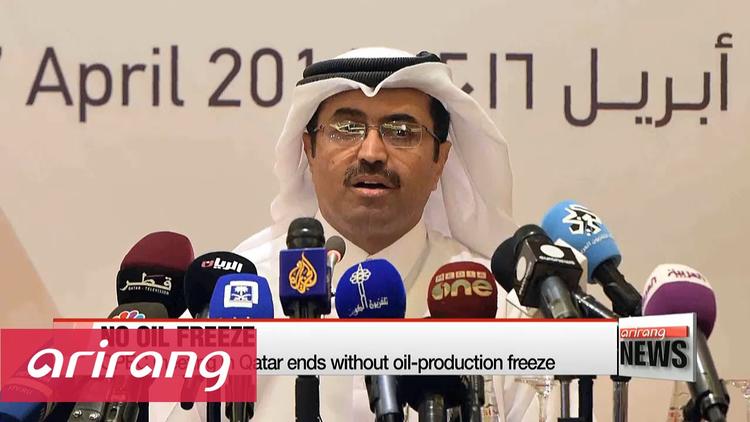 Oil producing countries meeting in Doha failed to reach an agreement to freeze output. They may meet again in June.

Sources said OPEC producers had told non-OPEC members they needed first to reach a deal within OPEC, possibly at a June meeting. After that, the Organization of the Petroleum Exporting Countries will be able to invite other producers to join.

Earlier in the day, Saudi Arabia demanded that Iran join a global deal on freezing oil output, blocking an agreement between OPEC and non-OPEC producers that was supposed to help ease a glut and prop up the price of crude.

Some 18 OPEC and non-OPEC countries, including Russia, had been meant to meet on Sunday morning in the Qatari capital of Doha and rubber-stamp a deal —in the making since February — to freeze output at January levels until October 2016.

But the meeting was postponed after OPEC’s de facto leader Saudi Arabia told participants it wanted all OPEC members to take part in the freeze, according to OPEC sources.

Riyadh had earlier insisted on excluding Iran from the talks because Tehran had refused to stabilize production, seeking to regain market share after the lifting of Western sanctions against it in January.

With the deal running into trouble, oil ministers in Doha met with the Qatari emir, Sheikh Tamim bin Hamad al-Thani – who was instrumental in promoting output stability in recent months.

It said producers in and outside the Organization of the Petroleum Exporting Countries should agree to freeze oil production at “an agreeable level” as long as all OPEC countries and major exporting nations participated.

“If there is no deal today, it will be more than just Iran that Saudi Arabia will be targeting. If there is no freeze, that would directly affect North American production going forward, perhaps something Saudis might like to see,” said Natixis oil analyst Abhishek Deshpande.