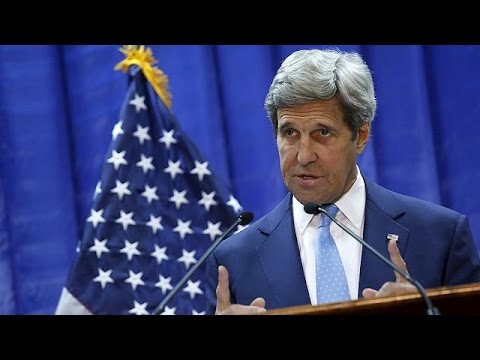 GOP frontrunner Donald Trump openly attributes his success at the polls to the terrorist attacks on Paris last fall, in which Daesh (ISIS, ISIL) was involved. Ever since Mosul fell to the organization (originally al-Qaeda in Mesopotamia) in June of 2014, it has provoked great concern in the American public, especially because of its beheadings, but also because a new “state” was alleged to have arisen in the heart of the Middle East, which is at war with the United States. (In fact, it is just a congeries of juvenile delinquents with Kalashnikovs, engaged in human and drug trafficking). In the presidential campaign, Daesh has loomed large. Ted Cruz appears to want to carpet bomb Mosul or use a nuclear bomb on it (‘let’s find out if the desert can glow in the dark’), while Trump has gone back and forth on whether to give Syria to Russia or to send 30,000 US troops in.

But what if Daesh falls this summer or autumn? It has already lost much of northern al-Raqqa province in Syria to the left-leaning, US-backed Kurds. Then the Syrian Arab Army took Palmyra back away from it and talks about going on to al-Raqqa city, the Daesh capital.

And even the Turkey-backed Muslim Brotherhood and Salafi militias of the Free Syrian Army have focused in on Daesh in Syria’s far north, perhaps in a quest to hold as much territory as possible before a permanent ceasefire sets in.

In Iraq, the Iraqi army has taken Ramadi back away from Daesh, and just this week with the help of US airstrikes marched into the center of the al-Anbar city of Hit, a former Daesh HQ and key entrepot in the Syria-Iraq supply line. Fallujah is under siege, and if it falls, daesh will have nothing significant in northern Iraq save Mosul itself, on which all forces will converge.

The rolling up of Daesh has created alliances and alliances-of-convenience among strange bedfellows. The US and Vladimir Putin’s Russia are now more or less allied, as Russia-supported Syrian troops close in on Daesh in al-Raqqa.

In Iraq, Iranian support for Baghdad has been central to the fight against Daesh, as has American support to Baghdad, making the US and Iran de facto battlefield allies.

Secretary of State John Kerry made a surprise stop in at Baghdad this week, having met with the Gulf oil states in Bahrain just before, in an effort to enlist the latter in the fight against Daesh in northern Iraq. He also seemed to propose that Iran become part of a new security architecture in the region if it would cease support for the Houthi rebels in Yemen.

This talk of a grand alliance may be a bit fantastical, but it nevertheless does seem possible that Russia and Iran and Hizbullah in Syria, and Iran and Baghdad in Iraq, will cooperate with the US and NATO in delivering the coup de grace to the phony caliphate of Daesh during the coming months.

It would be overly cynical to suggest that President Obama is angling for this outcome (he could not have expected the Russian intervention, e.g., so these changes in Syria are not his doing alone).

But if al-Raqqa and Mosul fall, it seems inevitable that this development would much help the Democrats, since it will be the achievement of a Democratic president and his slow, careful strategy. It would deprive the GOP standard bearer of a key foreign policy talking point.