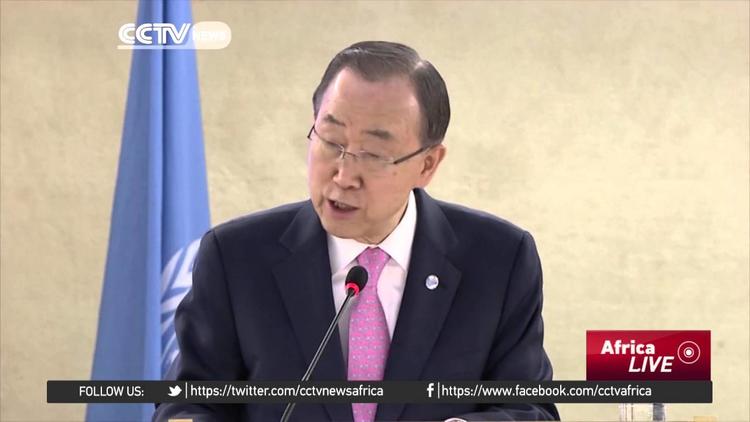 STOCKHOLM – Muscular language has become increasingly prevalent in the debate about how to counter the threat of jihadist terrorism. Television talk-show hosts speculate about when control of Raqqa in Syria or Mosul in Iraq might be wrested from the Islamic State (ISIS), implying that these cities’ liberation will mark, at the very least, the beginning of the end of the problem. And in December, Ted Cruz, a Republican contender in the US presidential race, went so far as to raise the specter of nuclear strikes: “I don’t know if sand can glow in the dark, but we’re going to find out,” he said.

Such simplistic sound bites understate the severity of the challenge. As the International Crisis Group highlights in a recent report, the jihadist threat we are facing is the fourth in a series of increasingly perilous waves. If we are to avoid creating an even more powerful fifth wave, it is imperative that we learn from the mistakes we made in seeking to counter the previous three.

The first jihadist wave occurred when volunteer fighters from the war against the Soviet occupation of Afghanistan returned home and started attacking regimes they considered un-Islamic. This led to the second, far more deadly jihadist wave, as Al Qaeda launched spectacular attacks against the “far enemy,” seeking to draw Western powers into violent confrontation and outright war. The attacks on the United States, on September 11, 2001, marked the crest of this wave.

The global counterterrorist offensive that followed largely succeeded in eliminating Al Qaeda’s ability to launch large-scale attacks. But the 2003 invasion of Iraq created the conditions for the third wave, triggering a vicious sectarian war between Sunni and Shia that allowed Al Qaeda to exploit the chaos of an increasingly fragmented state.

Eventually, the so-called Sunni Awakening broke the back of Al Qaeda’s efforts in Iraq, and the 2011 Arab Spring redirected the region’s political development. But the failure to build an inclusive government in Iraq, together with the violent repression of protesters in Syria, offered battle-hardened jihadist leaders an opening to initiate the fourth wave.

This wave is by far the most dangerous. Tens of thousands of recruits have joined the effort to build a caliphate in the Fertile Crescent. Meanwhile, ISIS has expanded into numerous other crisis zones and recruited or inspired terrorists within Western societies, as demonstrated by the attacks in Paris, Brussels, and San Bernardino.

Countering this threat will require a vigorous ideological battle against the forces of intolerance and hatred, building on Islam’s history of openness and tolerance. But ideological struggle, on its own, will not be enough.

We must also recognize the true origins of the jihadist threat: the conflicts and state failures ranging from West Africa across the wider Middle East to South Asia. It was not jihadism that created today’s crises. On the contrary, bad governance and state failure provided jihadism with the opportunity to flourish.

Addressing these root causes will be a daunting, decades-long task. Much of the region entered the twenty-first century in a deplorable state; and in most places, things have only gotten worse. Trying to meet the jihadist challenge with repression, as Egypt is doing today, risks exacerbating the problem. And incarcerating Islamists often means providing them with an ideal environment for recruitment, indoctrination, and training. Instead, openings must be created for democratic Islamic political forces to operate.

Despite the scale of the challenge, the West lacks a clear policy on what to press for and how to obtain it. Clearly, military force must be used. But retaking Raqqa or Mosul is only the easiest of the tasks facing us. How many times have Western forces retaken Afghanistan’s Helmand province or Anbar province in Iraq, and with what result?

Far more difficult – and far more important – will be ensuring that legitimate structures of inclusive governance are set up in the places from which ISIS is driven out. These must address feelings of persecution among Sunni Arabs as well as the victimization of large segments of the population that has fostered rage across the region.

Carl Bildt was Sweden’s foreign minister from 2006 to October 2014 and Prime Minister from 1991 to 1994, when he negotiated Sweden’s EU accession. A renowned international diplomat, he served as EU Special Envoy to the Former Yugoslavia, High Representative for Bosnia and Herzegovina, UN Special Envoy to the Balkans, and Co-Chairman of the Dayton Peace Conference. He is Chair of the Global Commission on Internet Governance and a member of the World Economic Forum’s Global Agenda Council on Europe.