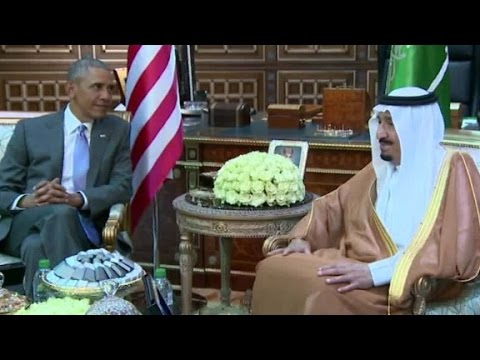 President Hasan Rouhani’s honeymoon period is over. He faces mounting opposition in Iran, and very difficult questions abroad. How can he respond to these challenges?

The gloss of the November 2015 nuclear deal that removed some international sanctions on Iran is losing its shine. President Hasan Rouhani’s opponents in Iran’s fractured political system have become bolder in their dismissal of the agreement on Iran’s nuclear program as an unwarranted compromise. The Editor in-Chief of the Keyhan daily, the mouthpiece of conservativism and aligned with the Supreme Leader and the Islamic Revolutionary Guards, challenged Rouhani to show the public one tangible benefit of the nuclear deal.

Keyhan contemptuously called the nuclear deal a bag of unsubstantiated promises. This came after the governor of the Iranian Central Bank stated that the bank has not yet gained access to its frozen US$100 billion in the United States.

Rouhani is clearly conscious of the gathering storm and focused on keeping his opponents at bay. This explains his reluctance to be drawn into further conflict with his conservative critics over domestic issues. He has quietly dropped the freedom of Mehdi Karroubi and Syed-Hussein Mousavi, under house arrest following the 2009 crack-down on the Green movement. This was electoral campaign agenda in 2013. His choice to give up on this agenda item appears to have been predicated on the assumption that his critics would reciprocate and give him scope to advance the nuclear deal. Regardless of how realistic this unspoken deal has been, it remains to be an ongoing embarrassment for his government.

The issue came to the fore when Karroubi published an open letter to Rouhani (9 April) requesting a formal legal hearing of his case. He called the arbitrary house arrest extrajudicial and promised to abide by any ruling made in a court of law, even if the ruling was not in his favour. Publicity around this letter has caused a headache for Rouhani and he would very much prefer to shift attention away from this controversial issue. This explains his silence in regards to the letter and the virulent attacks that the conservative media has launched on Karroubi.

Rouhani’s position internationally is not any more secure. The adoption of an explicitly anti-Iran

The OIC resolution accused Iran of supporting terrorism and interfering in the affairs of Syria and Yemen. This message echoes statements of displeasure from the Obama Administration. In January this year John Kerry, the US State Secretary, publicly stated that Iran’s continued support of terrorism was of a major concern for Washington. US criticism gained greater salience in the wake of Iran’s ballistic missile tests, prompting Vic-President Joe Biden to warn that Iran’s missile program maybe in contravention of its international obligations which would merit its referral to the UN Security Council.

Even with a nuclear deal and constant proclamations of promoting Muslim unity in the region, Rouhani’s regional and international standing is seriously undermined. The OIC declaration was the most obvious evidence of how Iran’s regional rival, Saudi Arabia is gaining the upper hand in diplomatic circles. Not only Rouhani has failed to convince the United States that Iran is not a sponsor of terrorism, he has also failed to win over other Muslim states. This was an embarrassing blow to Iran and to Rouhani personally. Unfortunately for him, Iran’s policy on Syria and Yemen are outside his control. Instead they are set by the Supreme National Security Council which reports directly to the Supreme Leader. So all he could to in protest to the OIC declaration was to walk out of the final session.

But not all is lost. The new national parliament (majlis) will convene in May 2016 and Rouhani’s pragmatic camp has managed to win a majority in the new assembly. This could facilitate economic reform to encourage foreign investment and lubricate international trade. How quickly will Rouhani’s government be able to show tangible benefits from the nuclear deal depends on how quickly Iran’s cumbersome legal system is reformed to protect foreign economic interests. Rouhani’s re-election in 2017 depends on his ability to deliver economic revival.

Shahram Akbarzadeh is professor of Middle East and Central Asian politics at Deakin University, and co-editor of Iran in the World (with D Conduit, Palgrave 2016).