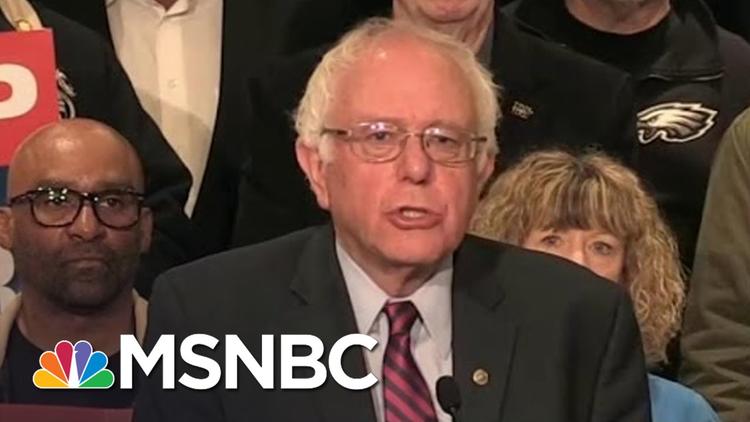 Bernie Sanders’ campaign manager, Jeff Weaver, alleged on Thursday that Hillary Clinton’s policies are responsible for the ‘rise and expansion of ISIS throughout the Middle East.’ His full statement on CNN:

“I think if you look at her record and campaign, her campaign is funded by millions and millions of dollars from Wall Street and other special interests. She’s made a deal with the devil, and we all know the devil wants his money in the end. So that’s the kind of campaign she’s running. She supported the terrible trade deals which have devastated American manufacturing in the country. She supported the war in Iraq. She continues to have a very, very hawkish foreign policy that has led to the rise and expansion of ISIS throughout the Middle East.”

Daesh (ISIS or ISIL) arose in Iraq as a reaction against the Bush occupation of that country and its punitive policies toward Sunni Arabs, as part of a Shiite-led “debaathification.” (The ruling party 1968-2003 had bee the Baath Party, which was secular, socialist and disproportionately dominated in the upper echelons by Sunni Arabs).

It spread to Syria as a result of that country’s 2011 revolution, which turned into a civil war when the Bashar al-Assad regime used military weaponry on civilian protesters.

It also spread to the Sinai Peninsula after General-President Abdel Fattah al-Sisi overthrew the Muslim Brotherhood in Egypt and declared members of the movement terrorists.

Then it spread last year into Libya, where the government had collapsed (or rather, there were three).

So is Weaver correct?

Although Clinton did vote to authorize the Iraq War, it wasn’t the war per se that created Daesh there but rather the US backing for Shiite policies of political reprisals against the Sunnis. Clinton did not have anything to do with policy-making in Iraq.

Clinton might have liked to intervene in Syria in 2011 by backing the Free Syrian Army with arms and money, but she was prevented from implementing such a policy by President Obama, who wanted the US to stay out of Syria. So you can’t blame her for Daesh coming to Syria and joining the civil war there.

Clinton was out of office during Sisi’s coup and crackdown on the Muslim Brotherhood and had nothing to do with it. That radical groups among the Sinai bedouin declared for Daesh (and then apparently dissociated themselves from it) has nothing to do with Sec. Clinton.

Clinton backed a no-fly zone in Libya and exulted when Muammar Gaddafi was ejected. Her main fault there, I would argue, however, was that she set in motion no international help to reestablish the Libyan military. As the militias declined to disarm or stand down, their internecine fighting threw the country into chaos. A small band of fundamentalists in the old Gaddafi stronghold of Sirte declared for Daesh, but they are a tiny exception. You could make a case that some Clinton policies as secretary of state did contribute to the spread of Daesh to Libya, but in my view that is a stretch. Libyan radical fundamentalists were well established in the country, and had supplied fighters against the US in Iraq in the thousands. Once revolution against the decrepit Gaddafi regime broke out in 2011, I fear the country was going to face chaos one way or another (if there hadn’t been a no-fly zone things could have been worse, on a Syria scale).

Maybe you could find a way to put a little blame on Clinton for Daesh in Libya, but that really is the only instance of it where she might be said to have such culpability. And in my view it is a stretch.