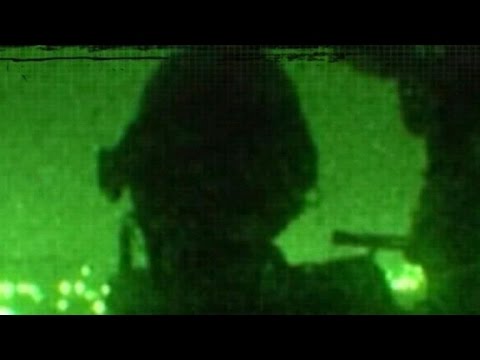 President Obama is announcing Monday morning in Hanover, Germany, that he will send another 250 US troops, likely mostly special operations, into Syria, bringing the total to 300.

The 50 troops already there are embedded with the YPG or People’s Defense Units of the leftist Democratic Union Party in Syria’s Kurdish region of Rojava. They in turn are allied with local Sunni Arab tribal levies in a struggle against Daesh (ISIS, ISIL).

The Kurdish forces in the SDF far vastly outnumber the Arab ones, which is a political problem. Obama and his Secretary of Defense, Ash Carter, want the joint Kurdish/ Arab forces, which they support with arms and money and which they have dubbed the “Syrian Democratic Forces” (SDF), to take al-Raqqa in eastern Syria, which is the capital of Daesh and the seat of its self-proclaimed “caliph,” Abu Bakr al-Baghdadi.

That Obama is focusing on this Kurdish-Arab coalition is a further slap in the face to Saudi Arabia and Turkey, who are backing hard line far-right Salafi groups like the Freemen of Syria in the Aleppo area, who have been attacked by the Arab/Kurdish SDF, which is to their left.

As for the US embeds, we’re talking about the country’s northeast theater, the yellow part in this tweeted map:

The Arab press is pointing out that the further US troops are targeting Daesh and are not intended to be used to help overthrow the regime of Bashar al-Assad. In general, the YPG has been willing to ally with the al-Assad garrisons against Daesh, though this past weekend there were YPG/ Syrian Army clashes in the Kurdish city of Qamishli in the northeast.

The Arab coalition in the northeast consists of only a few thousand troops, whereas the total for the SDF is some 50,000. My guess is that the Arabs comprise about ten percent. (There are also Christian militias– Assyrian and Armenian– in the SDF coalition, and more than one unit of the old ‘Free Syrian Army.’) In the past few months, new small Arab units have joined the SDF, including Division 19, the Eagles of the Desert, and a unit from the city of al-Shadadi, which the SDF liberated from Daesh in mid-February.

If a largely lefist Kurdish force goes down and crushes a Sunni Arab city like al-Raqqa, that step might produce further ethnic tension and be seen as illegitimate. So the Self Defense Forces need a bigger Sunni Arab contingent fighting alongside the YPG. Likewise, frankly the YPG’s top priority is not going south to fight Daesh in al-Raqqa but going due west to capture all the territory possible for the Kurdish federal province, Rojava, that it can.

CNN reported over the weekend that the extra 250 troops are for embedding with the Arabs in the SDF, and with getting the Arab fighters in SDF up to speed (so likely some will be trainers rather than spec ops advisers).

By increasing the strenght of the Arab contingent within the SDF, Obama appears to be readying the locals for an al-Raqqa campaignt that is intended to rub out the so-called ‘caliphate.’