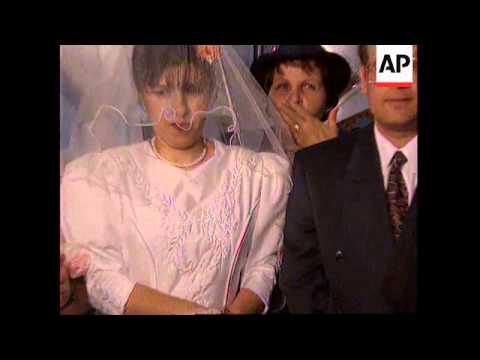 She is one of Israel’s “chained women” — the hundreds, perhaps thousands, of wives denied a divorce by their husbands and prevented from breaking free by the country’s use of Jewish law.

The 30-year-old mother of two is hardly unique in struggling to obtain a divorce in a country where men must grant permission for their wives to leave.

But her case has shone a spotlight on the issue after her husband Oded Guez was named and shamed by a religious court for refusing to grant a divorce.

“I have been asking for a divorce for four years, and the rabbinical court ordered him to give it to me two years ago,” she told AFP in an interview, asking for her name not to be published.

Her main aim, she said, is “to gain my freedom as soon as possible.”

Marriage in Israel is governed by Jewish law, which requires the husband to grant permission through what is known as a “get” before his wife can divorce him.

If the woman has a child with another man without an official divorce, the child is considered fatherless and cannot marry under Jewish law.

The case of Guez and his wife has drawn new attention to the issue due to moves by a rabbinical court.

The court sought to force Guez to grant the divorce by shaming and essentially excommunicating him.

It also authorised the judgment to be published on social networks, as requested by his wife, while calling on the community to shun Guez.

It was shared widely online along with Guez’s photo.

“One must not ask him about his well-being,” said the order. “He cannot participate in daily communal prayer, nor recite kaddish (the prayer for the dead) in a synagogue when a relation dies as long as he ignores the call of rabbis and refuses to provide the ‘get’ to his wife.”

But since that number includes only cases where the court has ordered the husband to grant the divorce, activists say it is far below the actual amount.

Aliza Gellis of the organisation Yad Lisha, which provides legal aid to “chained” wives, said it receives 6,000 requests for help every year.
Don’t miss out on great stories!

We’re on a mission to show you the real Middle East.

There are also rare cases of men seeking to divorce, but their wives refusing to accept “gets”.

Gellis said the women who seek the organisation’s help wait five years on average for their husbands to relent.

“But we have had more difficult cases,” she said, adding that some men flee abroad and even change their identities.

Activists have increasingly sought to have the issue, which exists in other Jewish communities worldwide, addressed.

In 1992, a group of women created Agunah (Chained) Day, marked this year on March 23 at the start of the Jewish feast of Purim.

Guez’s case has highlighted the overarching influence of rabbinical courts in the lives of Israeli Jews.

While the country adheres to a Western-style legal system in many domains, the rabbinical courts wield power in areas including marriage and divorce.

The rabbinate “tries to find solutions so that the ‘get’ is given quickly, and the court will continue to sanction husbands who refuse to obey the law,” said Pinhas Tennenbaum, spokesman for the Israeli chief rabbinate.

Rabbinical courts can withdraw recalcitrant husbands’ driving permits, prevent them from leaving the country or put holds on their bank accounts.

They can also sentence them to prison. Seven are currently in jail for having refused to grant a divorce, said Tennenbaum.

The Jerusalem rabbinical court includes a cell where husbands can be jailed immediately.

In March, a rabbinical court even sentenced a wealthy ultra-Orthodox businessman to 30 days in prison for his role in his son’s refusal to grant his wife a divorce over the course of nearly 10 years.

It was the first time a rabbinical court sentenced someone who was not the husband himself over the issue.

In the case of Guez, “if the tribunal finds that it could result in progress, he will be sent to prison,” Tennenbaum said.

Guez himself has not spoken publicly about the case.

His wife said his recalcitrance over granting a divorce has nothing to do with custody of their children or with money. He only wants her back.

But she vowed to “fight to the end”.