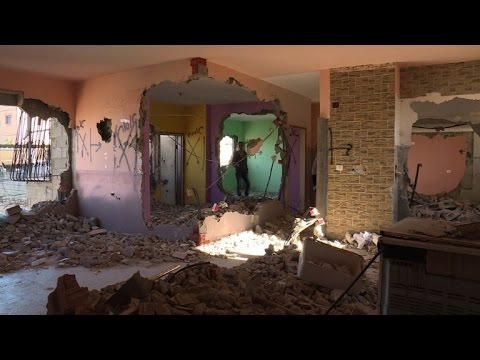 BETHLEHEM (Ma’an) — Palestinian youth in the Gaza Strip and the occupied West Bank have widely disparate opinions on the ongoing wave of attacks by Palestinians, while all showed a dwindling of support for the two-states solution as a majority of youth continued to view political negotiations as an ineffective tool for resolving the conflict, a new poll revealed.

A poll recently released by the Jerusalem Media and Communication Center (JMCC) has found a discrepancy of opinions between youth in the West Bank and the Gaza Strip on a range of political and social issues.

The poll showed that 47 percent of Palestinian youth in the West Bank support knife attacks, only a 3 percent increase compared with a poll from March by the Palestinian Center for Policy and Survey Research (PCSR).

However, the JMCC poll found that 79 percent of youth in the Gaza Strip support the continuation of the attacks, revealing a clear dissonance between the views of youth in the Palestinian territories.

The poll also found significantly more support for the current unrest among youth in Gaza than in the West Bank, with 67 percent and 40 percent of respondents respectively believing that the ongoing uprising in the occupied territory positively serves the Palestinian cause.

As for popular support for the two-state solution, the poll reveals an overall decrease in the number of youth from across the Palestinian territory who support a two-state solution, declining from 51 percent in March, as reported by PCSR, to 43 percent.

There has been a slight decrease in the percentage of Palestinian youth who believe negotiations will resolve the conflict, while the majority of youth continue to view international negotiations as fruitless and incapable of providing a solution to the decades-long occupation.

Recent weeks have seen a decrease in small-scale acts of violence by Palestinians in the occupied territory and Israel since a wave of unrest broke out in October, reflecting the decline in popular support for such attacks in the West Bank.

However, a Hamas-claimed explosion on a Jerusalem bus last week, which elicited support from several other Palestinian parties, marked the first time since 2005 that an Israeli bus has been targeted by Palestinians.