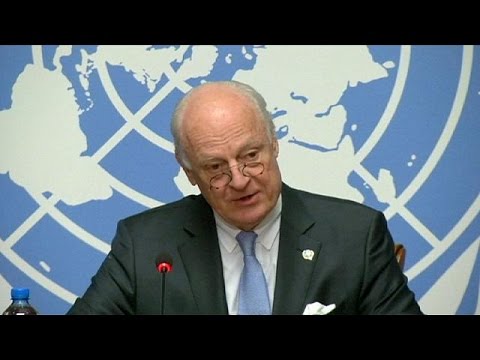 The US and the Russian Federation agreed Friday that from Saturday there would be a “regime of calm” in most of Syria. Two areas where clashes have broken out in the past week are East Ghouta east of Damascus and the northern countryside of the Mediterranean province of Latakia (72 hours), and it was agreed that the regime of calm would be implemented in those two places on Saturday. It is not clear why the regime of calm is for such a short duration. It is intended to shore up the cessation of hostilities agreed on in late February, which held until a week ago when fierce fighting broke out in key hotspots.

The US appears to have pushed for the northern metropolis of Aleppo to be included in this ‘regime of calm,’ but was rebuffed by Russia. Unofficial reports on the internet have suggested that Russia and the Syrian regime want to reconquer rebel-held east Aleppo. At least, that was the impression of one seasoned journalist covering the White House press conference Friday morning:

If the regime controlled the lion’s share of both the Damascus and Aleppo metropolitan areas, it would be in a position to virtually dictate the terms under which the civil war was brought to a close. Those are the country’s two major cities and likely a third of the country’s population now lives in them and in their environs (refugees have croweded into them in search of security).

Clashes and bombardments continued on Friday, but note that AFP thought that the death totals were similar in the rebel and regime-held areas:

“Bombardment of the city killed 17 people in rebel-held districts and 13 people in the government-controlled western neighbourhoods . . .”

A lot of Western reporting is neglecting to mention that al-Qaeda and other rebel units are subjecting West Aleppo to heavy mortar bombardment that is killing a dozen or more people every day.

At the same time, it is true that the regime is flying fighter jets to bombard East Aleppo indiscriminately, which is producing high civilian casualties, in what the UN called a a “monstrous disregard for civilian lives.”

Regime airstrikes on a hospital on Wednesday and Thursday left 50 dead.

Rebels in east Aleppo maintain that the regime is hitting civilian targets in order to force them to surrender unconditionally. Deliberate or even indiscriminate bombings of non-combatants are a war crime in international law.

Euronews: “The United Nations appeals to save the truce and negotiations in Syria”