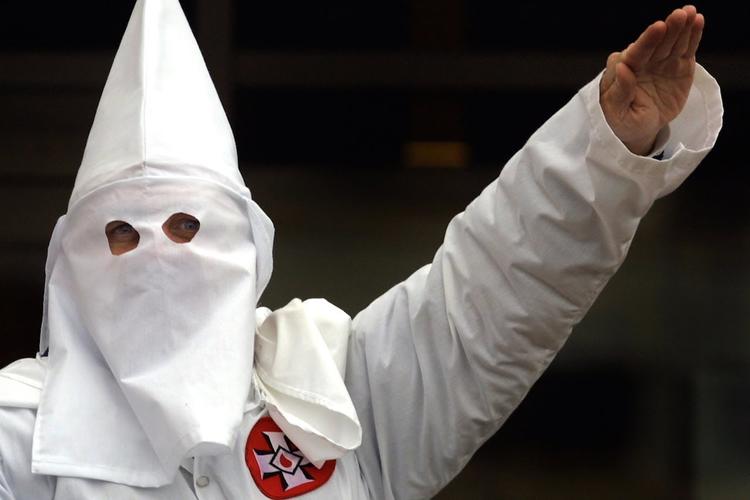 The GOP frontrunner has turned white nationalists into political players.

The staying power of Donald Trump’s presidential candidacy has surprised and unsettled people across the political spectrum. Many voters who are angry about the loss of middle-class jobs and frustrated with our broken politics have rallied to Trump’s outsider campaign.

There’s a darker side to Trump’s campaign that should disturb anyone thinking about supporting him: It’s electrifying and energizing the white supremacist movement.

“You can’t help who admires you,” says Richard Cohen, president of the Southern Poverty Law Center. “But when white supremacists start endorsing you for president, you ought to start asking why.”

Less than two weeks after Trump launched his campaign with ugly rhetoric about Mexican immigrants, the neo-Nazi news site The Daily Stormer endorsed him. Since then, he’s attracted praise from icons of the movement like former KKK leader David Duke, who told whites it was “treason against your heritage” not to support Trump. White nationalists have even invested in robo-calls promoting Trump’s candidacy in states like Iowa, New Hampshire, Vermont, and Minnesota.

Trump’s incendiary rhetoric against Muslims and Latinos is bringing racist groups like these more openly into our politics. His campaign has become “a great outreach tool” for the KKK, gushes one Klan activist. According to Media Matters, it’s “a fundraising engine for white nationalist media.”

Trump’s campaign against “political correctness” has given people permission to trumpet views they may once have kept to themselves — and rallies to gather together. Duke has encouraged his own followers to volunteer for Trump’s campaign, promising them, “You’re gonna meet people who are going to have the same kind of mindset that you have.”

Given all this, it’s hardly surprising that Trump’s rallies have drawn protests.

However, Trump didn’t need to openly welcome violence against peaceful protesters. In case you somehow missed it, at recent rallies he’s complained that it’s only “political correctness” that prevents people from beating up protesters — and that in the good old days they would have been “carried out on a stretcher.”

Of course, not all of Trump’s supporters are racists. Some are fed up with dwindling economic opportunity and politics as usual. They think that a strong-willed outsider can somehow shake things up, or “make America great again.”

But how exactly would that work?

Trump has shown contempt for many of our defining constitutional principles: freedom of speech, freedom of religion, equality under the law.

Trump has said he’ll re-write laws protecting the press to make it easier to go after journalists who criticize him. He’s argued for shutting down mosques and discriminating against Muslims on the basis of their religion. He’s a bully who’s used his deep pockets and teams of lawyers to threaten and harass his critics.

Republican officials helped create the conditions for Trump’s rise by promoting the angriest voices in right-wing media when they thought it was to their political benefit. This sea of anger is everyone’s problem now. We should all be concerned about the long-term impact of the forces Trump and his supporters are unleashing.

As Matthew Heimbach, a 24-year-old white nationalist who thinks America should be divided into ethnically homogenous regions, told The Washington Post: “Donald Trump, whether he meant to or not, has opened this floodgate that I don’t think can be restrained regardless of what happens in the 2016 elections.”

Peter Montgomery is a Senior Fellow at People For the American Way. PFAW.org
Distributed by OtherWords.org.