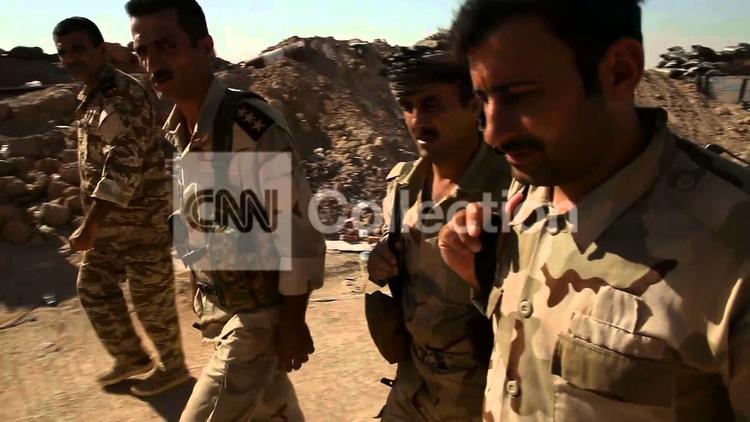 In the courtyard of her house, local woman Um Ahmad is preparing a fire pit. She’s in her 50s and preparing meals for her family is becoming harder and harder here in Fallujah, a city that has been under siege from the Iraqi army almost since the extremist group known as the Islamic State took control of it in early 2014.

Um Ahmad is a widow and she has five children to take care of. Every day she roams the streets searching for what she needs – and this is not food. She needs something to keep her cooking fire burning. Often, like a lot of other Fallujah families, she and her children eat hibiscus, which grows wild in the fields and on the roadsides.

“My children and I became used to eating plants – usually those that grow around here and also some of the vegetables we can afford to buy in the market. But the lack of fuel is almost as bad as the lack of food here,” Um Ahmad says. “Cooking fires have consumed our furniture. I don’t have a single piece of wood left in my house. Bedroom furniture, wooden doors and even picture frames and books.”

Um Ahmad says she travels daily looking for branches or other wood. “But I’m not very lucky,” she notes. “Everybody’s looking for the same thing as it is the only alternative to cooking gas, and everybody else has also used up all their furniture.”

To economize on wood, most Fallujah residents only light their fires once a day, usually around noon. Crowded neighbourhoods fill with noxious clouds of smoke.

The best time of day to light the fire and prepare food is just after the prayer time at noon, says Ali al-Junabi, a resident of the Golan neighbourhood, which is known for its poverty and crowded conditions. “We can’t light fires at night because we’re afraid that will draw the attention of the fighter jets and we will be bombed. And due to the lack of wood we try and economize and keep the fire burning as long as possible.”

“Recently my wife wanted to replace our old bedroom furniture,” al-Junabi relates. “But I always resisted because it was a wedding gift from my younger brother who was killed in Baghdad in 2007 [during sectarian clashes]. It represented a moment that was dear to my heart.”

“But now nothing is left of it. Every time I burn a piece of it, I burn inside. Everything can be replaced – except for memories like that. I feel so helpless. If wood was available and I could buy it, I would never have burned that bed.”

Another local man, Imad Abdul-Majid, gave up the wood moulding he used to use to make a living, pouring concrete ceilings for housing here. “Work was worthless anyway,” he complains. “The payment doesn’t even buy the simplest things because food prices have risen so much. That moulding used to be my pride and joy. It left its mark on dozens of houses in this city. But it was our only source of fuel after we ran out of cooking gas and oil.”

“It’s very common now to find men outside their homes breaking up their furniture,” Abdul-Majid continued. “But I’m a carpenter, I used to cut wood like an artist. I cut the mouldings but I couldn’t bring myself to burn it so I left it to my wife.”

Some locals have ventured outside the city to try and cut trees. But as the cooking fuel shortage worsened, the orchard owners began to charge exorbitant prices for their trees.

“Two weeks ago my neighbour bought some green palm fronds for IQD200,000 [about US$166], which would probably last him a week but no more,” Abdul-Majid noted. “Life is extremely difficult here at the moment. It has never been this bad before, not even during the 90s when we had sanctions and a depression.”

“All the information we are getting out of Fallujah point to a humanitarian disaster,” says Ali Ghazal of Iraq’s Tammuz Organization for Social Development. “Thousands of families are living under the control of the Islamic State group and under siege conditions, where they lack the most basic things, including food, fuel and medicine.”