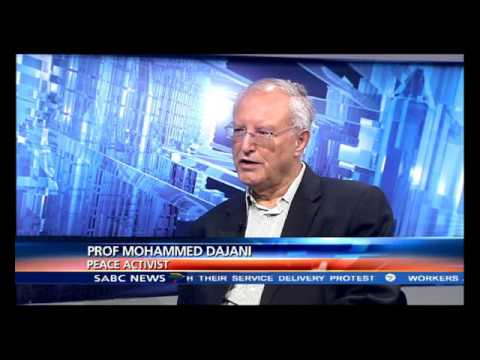 By all means, give the Palestinians development aid. But let us not delude ourselves that this will facilitate a two-state solution anytime soon.

One of the most persistent and constant themes in both the Israeli and the international approach to the Palestinian issue has been the notion that the road to peace has a strong economic dimension. According to this thinking, if the Palestinian economy and institutions of governance are developing and Palestinians are feeling more prosperous and hopeful regarding their material future, the chances for a successful peace process increase, the prospects for a Palestinian state improve, foundations are laid for Palestinian-Israeli trust and, at a minimum, the danger of violence subsides.

Norway has been a prominent and consistent advocate of this approach, both by generous economic support (close to 11 billion Norwegian kroner since 1993) and taking a leadership role internationally in offering external support for Palestinian state development aschair of the Ad Hoc Liaison Committee (AHLC), Local Development Forum (LDF) and the Joint Liaison Committee (JLC). Oslo is in good company. The pre-1948 British Mandate, the Zionist movement and the post-1967 Israeli occupation all adopted a similar policy.

Along with many aspects of the Israeli-Palestinian peace process, this “economic peace” approach has failed. The time has come to reassess it.

To be sure, economic well-being is a good thing. Many Palestinians, particularly in the Gaza Strip, are extremely needy. The very existence of the Palestinian Authority with its multiple benefits for Palestinians in the West Bank is dependent on generous international grants. All these development and aid projects are vital and should continue. But not if the primary rationale is peace.

This conflict does not derive from economic roots and it is not fed by economic deprivation.

This conflict does not derive from economic roots and it is not fed by economic deprivation. It is political, with an increasingly strong element of religious extremism on both sides. In the Israeli-Palestinian case, enhanced trust is not a corollary of prosperity and prosperity has not nourished peace.

As far back as Britain’s 1937 Peel Commission report on the emerging conflict, the “conciliatory effect on the Palestinian Arabs of the material prosperity which Jewish immigration would bring in Palestine” was found to have failed asa catalyst for coexistence despite British mandatory expectations to the contrary. Indeed, as early as 1923 Revisionist Zionist leader Zeev Jabotinsky condemned the concept that “the Arabs will voluntarily. . . . sell out their homeland for a railroad network.”

Yet immediately after Israel occupied the West Bank and Gaza Strip in June 1967, it proceeded to ignore these admonitions. Israeli Minister of Defense Moshe Dayan threw open the green line boundary and encouraged Israelis and Palestinians to go back and forth and interact at the commercial level. Legions of Palestinian day laborers came to work in Israel. Both sides prospered. Israeli security officials responsible for the Palestinian territories were certain a formula had been found to prevent violence and ensure harmony despite the failure to find a political solution.

It took 20 years, until the outbreak of the first intifada in December 1987, to prove them wrong and force at least a partial closing of borders and imposition of restrictions on economic interaction. Yet the emphasis on prosperity as an ingredient for peace continued. In July 2000, when I represented Prime Minister Ehud Barak in recruiting American Jewish and media support for a hoped-for breakthrough at Camp David, a key talking point was the need for Washington to provide funds for Palestinian desalination projects and for refugee compensation in order to facilitate the political process.

In 2002, after two intifadas, the international community pressured Palestinian Authority President Yasser Arafat to appoint a distinguished international economist, Salam Fayyad, as finance minister—from 2007 until 2013 he was also prime minister—again on the assumption that economic development and interaction with Israel would help advance a peaceful settlement. In 2007, too, the “Quartet” (a peacemaking initiative involving the US, EU, UN and Russia) delegated former British prime minister Tony Blair to promote economic development in the territories as a key ingredient of an eventual peaceful settlement (he resigned in 2015). Earlier, in 2005, outgoing World Bank president James Wolfensohn served briefly as the Quartet’s representative for the abortive project of promoting economic development in the Gaza Strip as Israel withdrew.

In 2009, Benjamin Netanyahu’s Likud campaign in Knesset elections featured an “economic peace” platform for developing the Palestinian Authority as a necessary prelude to peace talks. To this day, hard-line Israeli politicians like Naftali Bennet promote ideas for developing the 40 percent of the West Bank that is under full or partial PA control (areas A and B) as a means of ensuring peaceful interaction in the absence of a viable peace process, which they either oppose or do not believe is feasible.

Further, the international community has responded to all three mini-wars between Israel and Gaza-based Hamas since 2007 by pledging heavy infrastructure aid for the Strip and its population on the assumption that Gaza’s severe economic plight and its war damages, rather than Hamas’s extremist Islamism, are a major cause of these conflicts. In May 2015 President Obama, in declaring that there was no chance for a peace process in the year ahead, nevertheless allowed that the US would seek to create “business opportunities and jobs” in the Palestinian territories in order to build trust between the two sides.

Both Palestinian intifadas erupted at times of relative prosperity

All these “economic peace” approaches have failed. They grossly undervalue the Palestinian national drive: the political, ideological and (increasingly) Islamic currents that inform the Arab side of the conflict. This in turn points to a serious lacuna in strategic understanding on the part of both Israelis and third parties. Perhaps to drive home the point, note that both Palestinian intifadas erupted (in 1987 and 2000) at times of relative prosperity; and as noted, even the Palestinian revolt against the British Mandate that broke out in 1936 began at a time of economic progress.

Today, Israeli security authorities seek to bring more West Bank laborers to work in Israel and to deliver more goods and services to the Gaza Strip, arguing that this will distance Palestinians from terrorism. As individual breadwinners, perhaps. But this approach has failed repeatedly at the societal level.

By all means, give the Palestinians development aid. But let us not delude ourselves that this will facilitate a two-state solution anytime soon.

For that to happen, we must first witness radical changes in both sides’ leadership profiles, a far-reaching mutual readiness to cease insisting on totally deadlocked narrative demands like recognition of a Jewish state and the right of return, and a much calmer Arab Middle East.

This piece was first published on Verdidebatt.no on 14 March 2016.