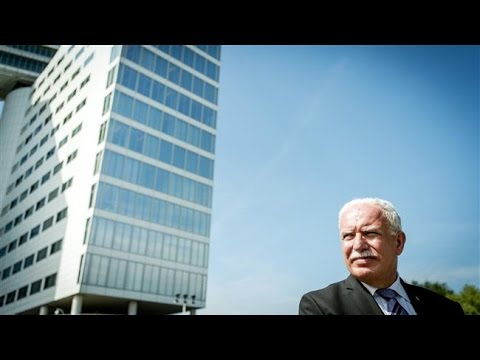 The report documents in detail the accounts of Palestinian victims of Israel’s large-scale military offensive on the besieged enclave and charges high-level Israeli officials with war crimes and crimes against humanity.

In the report, No Safe Place, Badil focused in particular on Israel’s mass forced displacement of some half-a-million Palestinians at the height of hostilities, around 28 percent of Gaza’s population.

“Given the limited physical dimensions of the Gaza Strip and sheer scale of its square footage targeted by Israeli fire, there existed no safe place to which to flee,” Badil said.

“More than this, Israel actively targeted Palestinians during and after the process of flight, and the very buildings designated by humanitarian organizations as shelters for the displaced — home to some 300,000 displaced Palestinians at the peak of hostilities — were subject to Israeli attack.

Israel’s 51-day assault killed at least 2,250 Palestinians, including 551 children and 299 women, according to Badil. Over 11,000 were physically injured, and the civilian population was left marred by acute mental trauma following the tens of thousands of tank and artillery shells that bombarded the tiny coastal enclave.

Over half of the hospitals in the besieged enclave were damaged — six of which were forced to close down entirely — and 26 schools were completely destroyed, Badil reported.

Badil — joining other international right bodies — called for the desperate need for intervention by the ICC on the grounds that Israel’s internal investigative processes are structurally inept at delivering genuine accountability or justice.

Palestinian leadership initially moved to the ICC last year amid ongoing violations carried out by Israel across the occupied Palestinian territory.

The Palestinian committee in charge of following up with the ICC met with court representatives in Jordan earlier this month to arrange a visit to the Gaza Strip. The ICC began conducting a preliminary probe in January last year examining available information to decide whether there was a “reasonable basis” to proceed with a full investigation.

While Palestinian leadership has pursued bringing justice for Palestinians in the international arena — through UN bodies in particular — Badil said the ICC may have the potential to bring such justice to fruition when other bodies prove unable.

Simon Reynolds, lead researcher and author of the recent Badil report, told Ma’an that the ICC in theory is less prone to political interference than the UN General Assembly or Human Right Council, which operate on the basis of votes and behind-the-scenes negotiations.

Reynolds said that while the workings of the ICC are not entirely insulated from external influence, the ICC as a formal criminal tribunal provides processes that are far more rigid and transparent than other international forums used by human rights defenders to seek protection of Palestinians’ human rights.

“In addition,” Reynolds said, “The ICC also allows us to consider the criminal responsibility of individuals, rather than than the unlawful practices of States, which forms the focus of UN resolutions.

“This could prove an extremely potent tool to achieving accountability for Israeli-perpetrated war crimes and crimes against humanity, as it forces offenders to acknowledge that they may personally have to answer for their crimes, rather than hiding behind the anonymity that comes with ‘state responsibility.”

Reynolds, who was a major actor in submitting the Badil report to the ICC earlier this month, told Ma’an that utilizing international avenues to hold Israel and its citizens accountable for unlawful policies and actions was “inherently difficult” due to “a lack of political will among relevant actors.”

“Many powerful states and regional bodies have significant political and economic interests tied up in the fate of Israel, and Israel’s projected image of a law-abiding, democratic state in the midst of the turmoil of the Middle East is essential to the maintenance and development of these interests,” Reynolds said.

“The difficulty lies not in documenting and reporting Israeli war crimes and crimes against humanity; such evidence is abundant.

“Rather, the difficulty is found in persuading those in positions of power to take notice, and to realize their legal and moral obligations to intervene.”