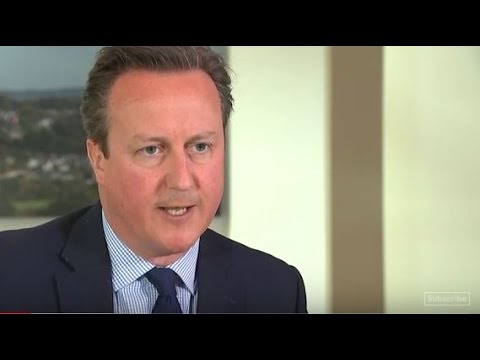 Snowden’s call comes after Cameron was implicated in the Panama Papers leak that exposed the offshore dealings of international elites and their fortunes.

Edward Snowden called on the people in the United Kingdom to rise up and demand the resignation of Prime Minister David Cameron in the fallout of the Panama Papers.

Cameron’s father was one of the names listed as having an offshore account. The prime minister admitted today that he made over 31,000 pounds from his father’s hidden investment.

It was recently revealed that Cameron fought against a European Union measure that would have required offshore tax havens to make their owners known.

Snowden, who shot to fame after leaking countless documents revealing the extent to which the United States government spies on its own citizens and people across the globe, encouraged people in the UK to attend a Saturday rally on Downing Street to force Cameron to leave office.

“The next 24 hours could change Britain,” he said in a tweet.

The newest international leak, known as the Panama Papers, exposes the shady, yet often legal, dealings of the world’s international elite with Mossack-Fonseca, a Panamanian lawfirm that specializes in the creation of offshore shell companies to keep from paying taxes on vast riches.
Tags