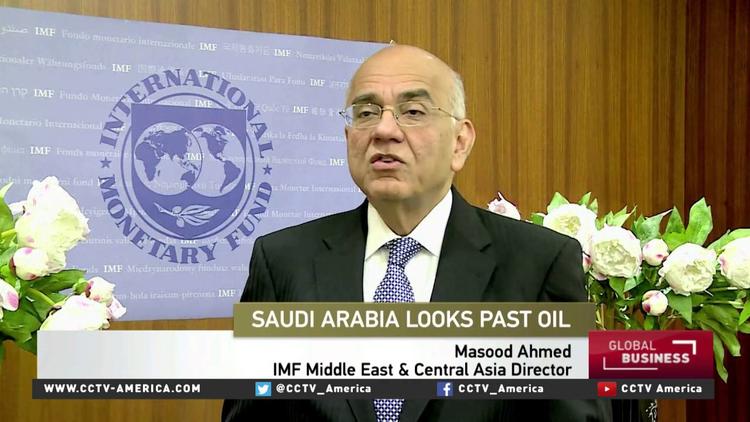 Prince Muhammad Bin Salman, 30, the deputy crown prince of Saudi Arabia laid out his vision for Saudi Arabia on Monday in a plan called “Vision 2030.” He wants to get Saudi Arabia off its oil dependence in only 4 years, by 2020, and wants to diversify the economy into manufacturing and mining.

In an interview with Alarabiya, the prince said the future of the kingdom would be based on

1. Its possession of the Muslim shrine cities of Mecca and Medina and the “Arab and Muslim depth” that position gave the kingdom

2. The kingdom’s geographical centrality to world commerce, with 30% of global trade passing through the 3 major sea routes that Saudi Arabia bestrides (not sure what the third is, after the Red Sea and the Persian Gulf).

3. The creation of a $2 trillion sovereign wealth fund through a sale of 5% of shares in Aramco, the world’s largest oil company.

Prince Muhammad said Monday that he thought these assets would allow the kingdom to cease its dependence on petroleum in the very near future.

CNBC summarized other planks of his platform this way:

“The planned economic diversification also involved localizing renewable energy and industrial equipment sectors and creating high-quality tourism attractions. It also plans to make it easier to apply for visas and hoped to create 90,000 job opportunities in its mining sector.”

Saudi Arabia’s citizen population is probably only about 20 million, so it is a small country without a big domestic market. It is surrounded in the general region by huge countries like Egypt (pop. 85 million), Iran (pop. 75 mn.) and Turkey (75 mn.), not to mention Ethiopia (pop. 90 mn.) Without petroleum, it is difficult to see what would be distinctive about Saudi Arabia economically.

The excruciatingly young prince, who was born in 1985, has a BA in Law from a local Saudi university and his way of speaking about the elements of the economy is not reassuring. Take his emphasis on the maritime trade routes that flow around the Arabian Peninsula. How exactly does Saudi Arabia derive a dime from them? The only tolls I can think of are collected by Egypt for passage through the Suez Canal. By far the most important container port in the region is Jebel Ali in the UAE, which dwarfs Jedda. His estimate of 30% of world trade going through these bodies of water strikes me as exaggerated. Only about 10% of world trade goes through the Suez Canal.

As for tourism in a country where alcohol is forbidden and religious police report to the police unmarried couples on dates, that seems to me a non-starter– outside the religious tourism of pilgrimage to Mecca. The annual pilgrimage brought in $16.5 bn or 3% of the Saudi GDP four years ago, but that number appears to be way down the last couple of years. Unless the prince plans to much increase the 2-3 million pilgrims annually, religious tourism will remain a relatively small part of the economy.

He also spoke about the new bridge planned from Saudi Arabia to Egypt as likely to drive trade to the kingdom and to make it a crossroads. But the road would go through the Sinai Peninsula, which is highly insecure and in the midst of an insurrection. And where do you drive to on the other side? You could maybe take fruits and vegetables by truck from Egypt to countries such as Qatar and the United Arab Emirates. Would Saudi Arabia collect tariffs on these transit goods? I can’t see how that generates all that much money. The big opportunity for overland transport would be to link Egypt to a major market like Iran (pop. 77 mn.), and via Iran, Pakistan and India. But Prince Muhammad and his circle are hardliners against Iran and unlikely to foster trade with it.

Saudi Arabia suffers from the Dutch disease, i.e. its currency is artificially hardened by its valuable petroleum assets. They may eventually not be worth anything if hydrocarbons are replaced by green energy or even outlawed. But in 2016, they are still valuable, and they make the riyal expensive versus other currencies. The result is that anything made in Saudi Arabia would be unaffordably expensive in India (the rupee is still a soft currency). As long as Saudi Arabia produces so much petroleum, it is unclear how it can industrialize in the sense of making secondary goods.

As for the sovereign wealth fund, let’s say the ARAMCO partial IPO actually realizes $2 trillion. Let’s say it gets 5% on its investments after overhead and that all $2 trillion are invested around the world. That would be $100 billion a year, or 1/6 of Saudi Arabia’s GDP last year. It doesn’t replace the oil.

Saudi Arabia’s Gross Domestic Product in 2014 was $746 bn., of which probably 70% was petroleum sales. In 2015 it was only $653 bn., causing it to fall behind Turkey, the Netherlands and Switzerland. It will be smaller yet in 2016 because of the continued low oil prices.

All this is not to reckon with the profligate spending in which the kingdom is engaged, with a direct war in Yemen and a proxy war in Syria, neither cheap. (Both wars are pet projects of Prince Muhammad bin Salman). It also has a lot of big weapons purchases in the pipeline, one of the reasons for President Obama’s humiliating visit last week. It ran a $100 bn. budget deficit in 2015. Saudi Arabia has big currency reserves, but I doubt it can go on like this more than five or six years.

Yemen in particular has proved to be a quagmire, and the Houthi rebels still hold the capital of Sanaa. The only new initiative is that Saudi and local forces have kicked al-Qaeda in the Arabian Peninsula out of the port of Mukalla. This campaign shows a sudden interest in defeating al-Qaeda, which had been allowed to grow in Yemen while the main target was the Shiite Houthis, which Riyadh says are allied with Iran (the links seem minor).

So it seems to me that the Vision for 2030 is mostly smoke and mirrors. As the electric car and better public transport replace gasoline-driven automobiles and trucks, the demand for petroleum will collapse over the next 20 years. A really big extreme global warming event, like a glacier plopping into the ocean and suddenly raising sea level by a foot, e.g., would spread panic and accelerate the abandonment of oil. Saudi Arabia probably cannot replace the money it will lose if oil goes out of style and so is doomed to downward mobility and very possibly significant instability. It has been a great party since the 1940s; it is going to be a hell of a hangover.