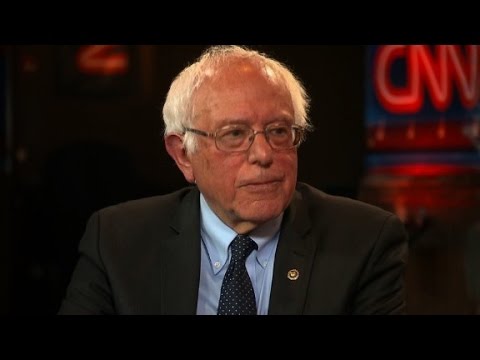 The Vermont senator fielded questions on social justice from members of the the African-American and Muslim communities at a Town Hall in Milwaukee.

Democratic hopeful Bernie Sanders held a Town Hall meeting tonight in Milwaukee, Wisconsin. The senator from Vermont was introduced by African-American Reverend Marcus Hart, and fielded questions from a diverse panel of members from representatives of local minority groups, including a Muslim-Americans.

Sanders said he wasn’t going to allow people to keep summoning “racial hatred,” after he was asked a question from a Muslim-American woman, concerning what he would do to combat incitement from his Republican counterparts.

The democratic socialist said that people such as Republican frontrunner Donald Trump were using classic “demagoguery” to divide the country instead of dealing with significant issues surrounding economic justice.

“The middle class in the U.S. is declining…who can they scapegoat?” Sanders asked. “Young Muslim kids, For the first time in their lives, are scared. Hate-mongering from Trump and others is unacceptable.”

In the next round of questions, panelists continued with the need for change.

“Listening to you today, and I don’t care if you can’t get enough delegates to win, I think things need to change, so I’ll vote for you on Tuesday,”another African-American panelist said, going on to ask Sanders about his plans to ensure minorities had access to jobs and education.

Sanders promised that “In the first 100 days that I am in office, Congress will have legislation to raise the minimum wage to $15 dollars an hour.”

In his view, “everything is related to everything,” and as long as minorities and women are without economic power, there can be [no] justice. Sanders concluded by thanking the panelist who asked him “great” questions along with his supporters across the U.S., and left to the song “Starman” by the late David Bowie.