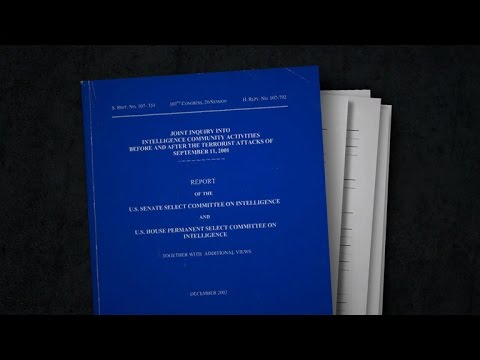 The Saudis threatened selling off almost a trillion dollars in U.S. assets if Congress makes it legal to hold Saudi citizens accountable for 9/11.

Saudi Arabia has threatened the United States with economic reprisals should the U.S. pass a law allowing for its citizens to hold the oil-rich kingdom responsible for its alleged role in the 9/11 terror attack.

The New York Times said that Adel al-Jubeir, the Saudi foreign minister, delivered the kingdom’s message personally last month during a trip to Washington. He told lawmakers that Saudi Arabia would be forced to sell up to $750 billion in treasury securities and other assets in the United States before they could be in danger of being frozen by American courts.

The Saudis hold hundreds of billions of dollars’ worth of U.S. assets, and their sale would not only be a severe blow to the U.S., but also to the Saudis and the world economy.

The threats come from a bipartisan bill currently being considered in the U.S. Congress that would allow victims and family members of the 9/11 attack to sue the Saudi kingdom.

In 2002, a congressional commission investigated the events surrounding the attack, and how the 19 hijackers (many of whom were Saudi citizens) were able to operate without alerting U.S. intelligence agencies.

The report was released in 2004, but 28 pages said to detail the Saudi government’s involvement in the attack remain classified.

It concluded that no “senior level” Saudi government officials were involved, but many have said that the wording leaves room for involvement of other members of the Saudi royal family or government.

However, the New York Times quoted economists as saying that the sale of nearly a trillion dollars worth of assets would be too volatile an action for the Saudis.

Saudi Arabia’s assets are strained with a global drop in oil prices, initiated largely by the Saudi’s refusal to lower production, and a governmental budget that consists of large welfare programs that are funded by oil revenue.

On top of that, the move would destabilize world markets, something for which the Saudis would receive further blame. Many oil-dependent nations are feeling the pressure caused by Saudi Arabia’s consistent oil production.

The threats signal a new low for Saudi-U.S. relations. The two nations are strong allies, but the U.S. nuclear deal with Iran and Saudi Arabia’s reported financing of terrorist groups in Syria have put a strain the historically amicable relations.

The Obama administration has lobbied against the bill, saying it would put U.S. citizens abroad in danger.