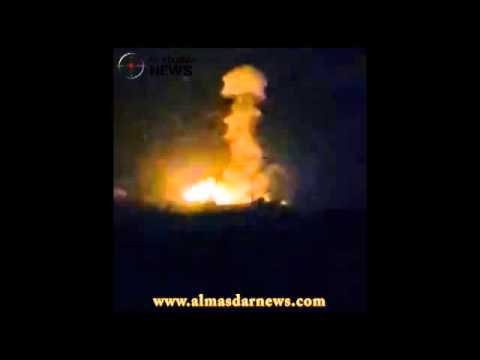 The cessation of hostilities in Syria never included Daesh (ISIS, ISIL) or al-Qaeda (the Nusra Front or Support Front), but it did include some of the de facto allies of al-Qaeda. The Syrian Arab Army and its Shiite militia allies, with Russian air support, have taken advantage of the relative quiet in much of the country to roll back Daesh from Palmyra and some other towns.

But even as Daesh has been set back, al-Qaeda has recovered some of the territory lost to the SAA earlier this year southwest of Aleppo.

Al-Qaeda is allied with the Freemen of Syria (Ahrar al-Sham) and the Jerusalem Army among other hard line Salafi Jihadis. These groups are in turn allied with remnants of the old Free Syrian Army (mostly Muslim Brotherhood) that are supported by the US, Saudi Arabia and Turkey. That is, the US-backed groups are battlefield allies of the allies of al-Qaeda. US and Gulf-supplied weaponry routinely makes its way to al-Qaeda.

As the Syrian Arab Army and its Iranian and Iraqi militia allies have been busy to the east at Palmyra, al-Qaeda has spearheaded the reconquest from the regime of al-Eis, al-Khalidiya, Birna and Zitan, small towns along the strategic M5 highway linking Aleppo to Idlib Province (a province dominated by al-Qaeda and its allies).

These advances are mainly al-Qaeda’s, or al-Qaeda’s in conjunction with allies. A Shiite site observed, “The attack on Zitan and Birneh is to be led exclusively by Jabhat al-Nusra fighters. Nevertheless, yesterday’s capture of al-Khalidyah was carried about by joint troops of Jund Al-Aqsa, Ahrar ash-Sham, Ajnad Al-Sham, Jabhat Al-Nusra and the Free Syrian Army’s 13th division.”

The 13th Division of the FSA is a “vetted” group that receives CIA-supplied weaponry such as anti-tank t.o.W. munitions, which is to say that the United States is in bed with al-Qaeda in taking al-Khalidiya from the al-Assad regime.

Al-Qaeda also fired mortar shells at the Sheikh Maqsoud district of Aleppo, a Kurdish stronghold that the YPG militia could use to cut East Aleppo off from arms and ammunition from Turkey. The attack killed 18 and wounded more than 50.

In contrast, in the south of Damascus, in the Yarmouk Camp district, al-Qaeda and Daesh have been battling each other, and Daesh has taken some neighborhoods away from al-Qaeda.