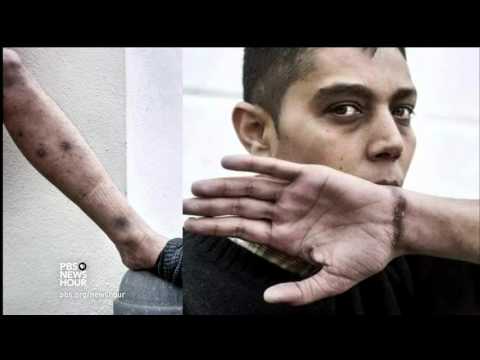 GENEVA (IPS) – The negotiations on April 11, 2016 in Geneva and the recent reduction of hostilities in Syria may represent important steps towards a peaceful solution to more than five years of turmoil. Few would not welcome the guns falling silent once and for all and for an end to the suffering of civilians.

With war crimes, crimes against humanity and other abuses being committed with impunity in Syria it is essential that justice, truth and reparation form a key part of any agreement. Those who ordered, carried out or allowed such crimes to happen must be brought to justice. Yet this crucial pillar is not on the agenda in Geneva and risks being sacrificed in the interests of political expediency.

The absence of a tribunal in Syria capable of tackling the justice deficit is patently clear. The judicial system in Syria is mostly subservient to the political authorities and the security and intelligence agencies. Over the last five years, tens of thousands of civilians have been detained without trial, often forcibly disappeared. Thousands have died in custody.

The gravity and scale of abuse and impunity in Syria became evident within the first few months of the crisis. Yet the UN Security Council has abjectly failed to refer the situation in Syria for investigation by the Prosecutor of the International Criminal Court (ICC), despite repeated calls by international organizations, at least 65 states and the UN’s own Secretary General. An ICC investigation would have sent a powerful warning to commanders ordering war crimes and crimes against humanity.

The Security Council could also have established an ad hoc international criminal tribunal, as it did with the International Criminal Tribunals for Rwanda and Yugoslavia; at the moment this remains a remote possibility. Another option would be to establish an internationalised criminal court for Syria, as occurred for Sierra Leone and Cambodia. It is hard to imagine that such a court could be established and be effective without the consent of the Syrian government—which is currently inconceivable.

Alternatively, a neighbouring country might consent to a tribunal being set up on its own territory, but this too remains an elusive prospect particularly as many of Syria’s neighbours have themselves been directly involved in the conflict.

These obstacles mean that the only realistic avenue to address impunity at this time is for national authorities of other countries to exercise universal or other extraterritorial jurisdiction over crimes under international law—including crimes against humanity and war crimes.

The flow of people out of Syria presents fresh opportunities to gather evidence of abuses from victims and witnesses and to investigate and prosecute suspected perpetrators. These include people seeking refuge or participating in business or negotiations. Amnesty International firmly holds that anyone who has sought refuge from the conflict in Syria should be granted sanctuary.

Countries have both the right and the obligation to carry out investigations into allegations that individuals under their jurisdiction may have committed war crimes, crimes against humanity or other serious human rights abuses.

In the event of such suspects having diplomatic or other privileged status, checks should be carried out into whether such status may grant immunity and under what, if any, circumstances that status may be removed and by whom. Civil society organizations and others should be vigilant and well-informed as to which legal organizations and individuals may be best able to advise and potentially file criminal complaints.

Opportunities for international justice may come at short notice and require preparedness to act promptly and decisively.

At least, 166 countries are able to exercise universal jurisdiction over at least one crime under international law—usually war crimes—regardless of the nationality of the suspect or of the victim. In recent months countries including Germany, Sweden and France, have opened such investigations into suspected international crimes in Syria. In January 2016 there were reports that a Syrian man was arrested in Germany on suspicion of war crimes relating to the kidnapping in Syria of a UN observer.

States whose nationals have travelled to Syria to fight should also investigate any allegations of crimes under international law and, where sufficient admissible evidence exists and laws provide, seek to prosecute them before their national courts.

States that have ratified the Convention against Torture and Other Cruel, Inhuman or Degrading Treatment or Punishment and the International Convention for the Protection of All Persons from Enforced Disappearance have an express obligation to exercise jurisdiction over those crimes allegedly committed by their nationals abroad.
Sweden and Germany are also actively investigating returnees from the conflict in Syria and in December 2015, Sweden sentenced two of its nationals to life imprisonment for their role in killings by the armed group calling itself the Islamic State (IS).

These moves by the international community are small but deeply significant steps in the right direction. The crimes they relate to and the individuals affected are greatly eclipsed, however, by the colossal scale of the violations and impunity in Syria.

There are some misgivings that suspected perpetrators on the government side, whose forces are responsible for the overwhelming majority of serious violations in Syria, are less likely to travel outside the country.
But that may well change. And states with the capacity and commitment to undertake investigations and trials should make sure that they are prepared to act quickly.

As it stands, the enormity of the injustice and impunity reigning in Syria dictates that the road to justice, truth and reparation has to start somewhere and as such, any opportunities that arise must be seized and built upon.