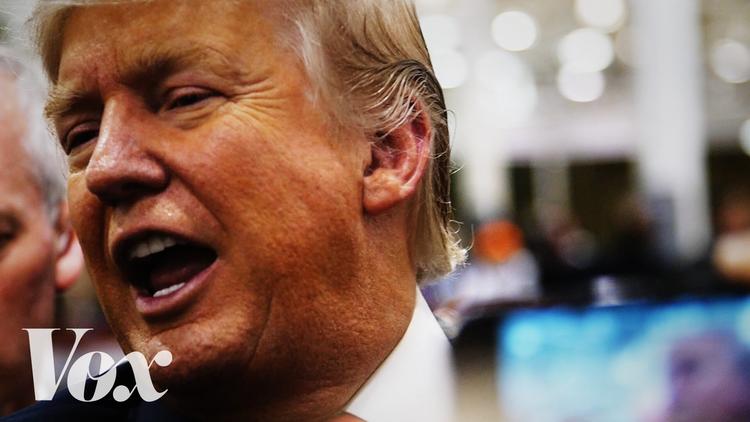 By Michele Gelfand and Joshua Conrad Jackson | (The Conversation) | – –

For the past 10 months, Donald Trump has been a political enigma. Against the predictions of journalists, policy wonks and odds makers, a tabloid darling with no political experience and few coherent policies is now poised to be the Republican nominee for president.

Hundreds of journalists and political scientists have tried to explain Trump’s appeal, suggesting reasons that range from the decline of White America to the rise of authoritarianism. Yet even with these insights, the current dialogue around Trump’s ascendancy seems to have hit a “wall.” Every article describes a single piece of the Trump puzzle, but none seems to capture the bigger picture: the cultural movement that has fueled Trump’s success.

What is “Trump culture,” and where is it coming from?

As it turns out, our group at the University of Maryland has been studying the basis for Trump culture for the last 10 years, something that we call “cultural tightness-looseness.”

To understand tightness-looseness, we need to step away from the current election cycle and consider the history of human culture, particularly its relationship with warfare, famine and natural disasters.

Our theory – which has been supported by computer models, international surveys and archival data – is that communities are more likely to survive these threats when they set clear rules for behavior, put strong leaders who can regulate those rules in charge and punish those who deviate from the norm.

We found that across 33 nations, the countries with the strongest laws and strictest punishments were those that had a history of famine, warfare and natural disasters. Countries like India, where natural disasters cost an average of almost US$10 billion per year, and Germany, the center of two world wars in the last century, were some of the tightest. Countries with a history of relative stability like New Zealand and Brazil were the loosest.

As with nations, American states with the strictest laws and strongest rules have histories punctuated by high rates of natural disaster and disease stress. For example, Mississippi and Alabama have the country’s highest death rates due to storms and floods, as well as some of the highest rates of infectious disease. By contrast, looser states like New Hampshire and Washington have fewer natural disasters and lower incidence of infectious disease. Tighter states were also more likely than looser states to show support for the Republican Party, an effect so strong that the Washington Post suggested our research was a new way to explain the American political map.

We have also found that people in tighter societies tend to prefer autonomous leaders. Such leaders have extreme confidence in their own abilities and make independent decisions without the input of others. These leaders can be successful in high threat environments because of their quick and unambiguous decision-making, which often comes at the cost of more democratic dialogue.

Throughout his campaign, Donald Trump has effectively and ruthlessly used threatening language to monopolize fearful voters and pit them against other cultural groups.

Trump has paired a penchant for inspiring fear with threatening rhetoric, fervent nationalism and outward hostility toward those he considers different. These “deviants” were initially Mexican immigrants, then Syrian refugees, Muslims and the disabled, and have recently grown to include women who receive abortions. According to tightness-looseness theory, it is Trump’s ability to invoke threat that turns his supporters against these groups.

To better understand the dynamics of threat, tightness and Trump, we surveyed more than 550 Americans who were representative in terms of gender, region, political affiliation and race/ethnicity.

The survey included questions about how threatened Americans felt, followed by 10 statements that gauged participants’ desired cultural tightness. In one such statement, survey-takers rated whether they felt the United States is too permissive versus too restrictive. In another, they rated whether American norms were either enforced too strictly or not enforced strictly enough. The survey also features questions about authoritarianism, attitudes about hot topics like surveillance and mass deportation, and support for different political candidates, including Trump.

The survey results found that tightness predicted voting for Donald Trump beyond .001 percent of statistical doubt, with 44 times better power than Feldman’s measure of authoritarianism (which did not sufficiently predict Trump support beyond the margin of statistical error).

On the other hand, desire for looseness was related to support for Bernie Sanders. The relationship between tightness-looseness and support for Clinton was within the margin of statistical error.

Americans’ concern about threats – especially attacks from countries like North Korea or terrorist groups like ISIS – was associated with both desired tightness and Trump support. It also predicted support for many of the issues that Trump has championed, such as monitoring mosques, creating a registry of Muslim Americans and deporting all undocumented immigrants. Those with a high level of threat concern also supported policies even more radical than what Trump has endorsed – like ending affirmative action, changing the constitution to make Christianity the national religion and installing more monitoring devices on American streets.

In another insightful finding, neither concern over threats nor desire for tightness predicted support for Trump’s GOP competitors, John Kasich or Ted Cruz. Correlations between territorial threat concern and support for these candidates was practically 0, a powerful demonstration of Trump’s hold on fearful Americans.

Our survey yielded many other results which confirmed a powerful truth: Donald Trump has built a monopoly on threat, and has used it to steel his coalition against anyone who might look different or hold different views. This monopolization of threat has produced leaders like Mussolini and Hitler, and it is a devastating and dangerous political tool.

The future of Trump culture

To Trump supporters, America feels like a nation on the brink of disaster. But how threatened are Americans really? Who is in a position to gauge threat? And can we ever escape threat and fear when every catastrophe and attack is immediately broadcast around the country and on our Twitter feeds?

These questions should be at the heart of serious dialogue about our nation’s political future. Here, simply, we suggest that Trump’s appeal is a broader cultural phenomenon. Take, for instance, the growing populism and Islamophobia of right wing parties steadily gaining traction across Europe. Trump is just one symptom of a larger principle that echoes across human history: perceptions of threat tighten societies, leading to social coordination at best, and intolerance at worst.

Donald Trump may not win this November, but as long as Americans feel afraid, Trump culture is here to stay.

This article was published in collaboration with Scientific American Mind.

Vox from last winter: “Fear and loathing at a Trump rally”