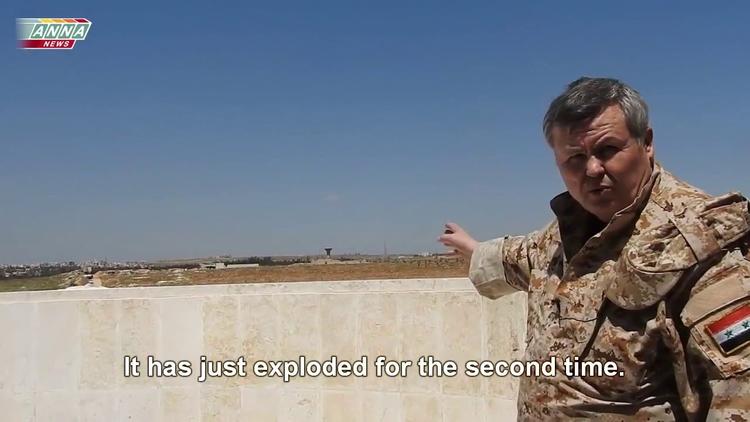 One of the frustrations of following the Syria conflict from the Arabic press is that when you then turn to the English language accounts, they tend to play down the importance of al-Qaeda or the Support Front (al-Jabha al-Nusra).

In American parlance, there have just been three sides– the regime of Bashar al-Assad, the Free Syrian Army, and Daesh (ISIS, ISIL). The Free Syrian Army is depicted as democrats deserving US support (only some of them are).

There is a fourth force, however, al-Qaeda, which has been among the more successful fighting groups and which holds key real estate. They led a coalition of hard line Sunni Salafi groups into Idlib city last year. They have a position around Aleppo and inside it.

Even the 33 “vetted” guerrilla groups that are supported by the US CIA via Saudi intelligence often make ad hoc, battlefied alliances with al-Qaeda, and US munitions from other groups flow to the latter.

Al-Qaeda in Syria reports to al-Qaeda leader Ayman al-Zawahiri, a mastermind of the 9/11 attacks, so it is quite disturbing to see American allies coordinating with it.

Late last week Syrian regime planes hit civilian markets in West Aleppo with heavy civilian casualties, in what was likely a war crime. That kind of thing as must shoulder responsibility for the breakdown of the ceasefire. But it is also possible that these strikes were at least trying to hit the Nusra Front/ al-Qaeda.

On Friday, Kerry told the NYT that Russia might indeed be targeting Nusra in Aleppo,

He added that it has proven harder to separate” the militant group from the more moderate opposition groups “than we thought.”

Then US Army Col. Steve Warren, the spokesman for Operation Inherent Resolve in Iraq, said of the Russian air war,

“I’m not going to predict what their intentions are. What I do know is that we have seen, you know, regime forces with some Russian support as well begin to mass and concentrate combat power around Aleppo. … That said, it’s primarily al-Nusra who holds Aleppo, and of course, al-Nusra is not part of the cessation of hostilities. So it’s complicated.”

While it is too sweeping a statement to say that al-Qaeda holds Aleppo, it is true that al-Qaeda is one of the important groups that holds territory in West Aleppo and around the city, so it is a departure that Warren was being straight with us all.

Al-Qaeda has not signed on to the cessation of hostilities. Worse, it has convinced Free Syria Army factions such as Brigade 13 to join in its offensive against the regime, in which significant territory has been gained by the radicals.

So while it may be that the ceasefire is breaking down, it should be remembered that al-Qaeda played an important role in making it break down.

That continued aggressiveness appears to have impelled the Russians to try to cut the rebels in West Aleppo off for once and for all by cutting their supply line to Turkey.