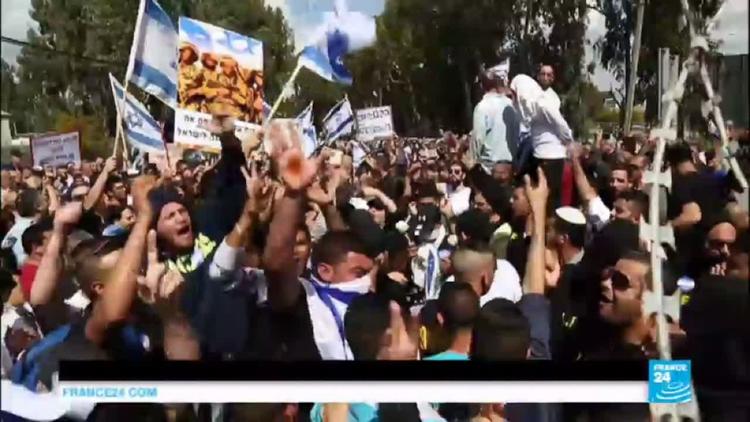 The Israeli military and security forces have a problem. They are fairly obviously being ordered to commit summary executions of prisoners. The problem: This behavior is one of the more heinous of war crimes as defined in international law. At the very least it is a crime. Amnesty International began documenting the practice last fall, as Palestinian youth reacted to what they saw as the Israeli undermining of Sec. of State John Kerry’s peace talks by launching a series of violent attacks.

The issue was pitched powerfully last week when an Israeli soldier shot a wounded and immobilized Palestinian assailant at point-blank range in the head. The Palestinian, Abd al-Fattah al-Sharif, was suspected of having been involved in a knife attack on Israeli personnel at a checkpoint. Had the soldier killed al-Sharif in self-defense or while defending his colleague, the action would have been justified. But once al-Sharif had been wounded and immobilized and disarmed, shooting him in the head and killing him was simple murder. The soldier, whose identity is being shielded by Israeli authorities, maintains that he feared the Palestinian might have a bomb, but the victim had already been checked for munitions, and the video taken by another Palestinian of the event does not bear out this interpretation. An Israeli court has only charged the soldier, who appears to have harbored a profound hatred of Palestinians, with manslaughter.

And Israel itself has a problem: the vast majority of Israelis approved of the summary killing, with only 5% seeing it as murder and only 19% even disapproving.

If the al-Sharif killing were the only one, that would be different. As noted, human rights organizations are alleging a pattern here, which implies that Israeli officers are setting rules of engagement premised on the commission of war crimes.

After Japanese officers ordered the killing of 300 p.o.w.s on the Indonesian island of Ambon during World War II, they were put on trial in Australia and 4 were hanged and many others given prison sentences.

It is not necessary to argue that the Palestinian resistance fighters fighters who attacked Israeli security forces were technically prisoners of war (though international law has been leaning in the direction of seeing resisters to foreign military occupation in that light). They can just be detainees suspected of crimes. You still can’t just shoot them in the head once they are subdued.

It is worth noting that the incident occurred in Hebron, Palestine, not in Israel. Israelis had no business being in Hebron in the first place.

The way these Palestinian assailants do resemble prisoners of war is that they attacked soldiers. That is, the argument that it is all right to kill them because they had launched assaults does not hold water. The Japanese at Ambon killed those p.o.w.’s in revenge for the sinking of a Japanese ship by a Dutch mine, resulting in the deaths of all hands aboard. If international law requires that p.o.w.’s be treated humanely when by definition they had attacked the forces of another country, it is recognizing the illegitimacy of summary revenge, which is the activity in which the Israeli army is indulging.

Swedish foreign minister Margot Wallstrom was among the first to speak out against the systematic summary executions by Israeli forces, last January.

Prime Minister Binyamin Netanyahu in his typical propagandistic way greeted Walstrom’s complaint with feigned incredulity. He complained that Israeli troops were being condemned for defending themselves against knife-wielding attackers. But they weren’t. Self-defense is always permitted in the law, assuming proportionate force is deployed.

The police and soldiers were being criticized for declining to try take attackers into custody, routinely shooting them in the head instead. That is, disproportionate force is being applied. And in other instances the attacker was no longer an immediate threat but was killed anyway. Once an assailant has been disarmed and immobilized, he is not an assailant anymore, he is a prisoner. And you’re not allowed just casually to murder prisoners.

When Sen. Patrick Leahy took up Wallstrom’s complaint and announced that the US Congress will investigate this pattern of killings of p.o.w.s by Israeli forces, Netanyahu again blustered that Israel was being held to a standard that other forces in the Middle East are not.

It is certainly the case, as Amnesty International has argued, that Hamas summarily executes prisoners.

Sen. Leahy replied, however, that the United States government does not give those other forces (e.g. Hamas in Gaza) $3 billion a year in foreign and military aid. He might have added that the European Union does not consider Hamas to be an honorary member of the union or give it tariff breaks or facilitate science and technology transfers for it.

It is Israel that gets those billions (not to mention billions more in US tariff easements and tax-deductible donations) and which is treated as almost-a-member by the EU. The Israeli army is in fact treated very differently by the West than are most military forces in the Middle East, precisely because Israel is considered a member of the Western club. Remember all that talk about Israel being the only democracy in the Middle East (actually that title belongs to Tunisia now) and a member of the ‘civilized world’? Well those titles aren’t bestowed on a country that routinely flouts the Geneva Conventions and the UN charter and the Statute of Rome, which are the framework of law accepted by civilized countries.

A letter by Leahy and other members of Congress to Sec. of State John Kerry, according to Ma’an News Agency, “It suggested the US State Department and Department of Defense may be in breach of the Leahy Law — a law named after the Vermont senator that prohibits the provision of military assistance to foreign military units that violate human rights with impunity.”

If the policy of summary executions of prisoners goes on, Israeli officials could be held accountable at some point, as Commander Kunito Hatakeyama was held accountable by being hung in the wake of the Ambon trial.

But the ugly results of the opinion polls of Israelis concerning this policy of systematic murder of detainees is already an indictment of sorts.