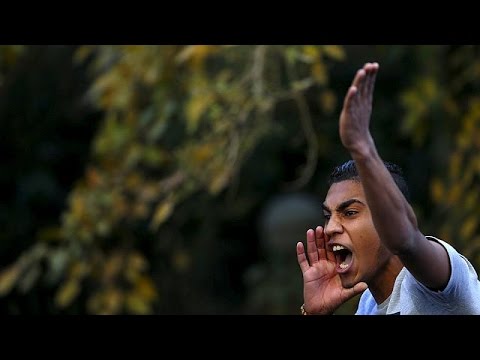 The recent return of the islands of Tiran and Sanafir to Saudi Arabia by the Egyptian government signals that the Sisi regime remains in need of external support to buttress its domestic control. The complex nature of the negotiations, and the islands importance to Israel points to a strengthening of cooperation between Tel Aviv, Riyadh and Cairo in the effort to contain Iran’s resurgence. Although heavily criticised by Egyptians, the step poses no real threat to the regime and will see Egypt receiving much needed foreign currency.

The announcement was made as Saudi King Salman Bin Abdel Aziz undertook his first official trip to Egypt since acceding to the thrown in 2015. Other deals signed included a twenty-two million dollar deal to supply Egypt’s energy requirements and the establishment of a sixteen million dollar joint Saudi-Egyptian investment fund. In recent times tensions between the two regional powers had been heightened in light of Egypt’s refusal to commit troops to Yemen and because of the country’s support for Russia’s intervention to bolster the Assad regime in Syria. Egypt conversely is concerned over the strengthening ties between Saudi Arabia and Turkey, and because of the Kingdom’s support for Yemen’s Islah party in the current Yemen conflict. Salman is also suspicious of the Egyptian military because of rumors that it had wanted to block his assent to power.

However, Saudi Arabia views Egypt as an important ally in its attempts to contain Iran’s increasing regional influence. Egypt boasts a large and well equipped military which is seen as critical in deterring Iran’s regional forays. Moreover, Egypt’s Sidi Kerir port and SUMED oil storage terminal is seen as a mechanism through which Saudi Arabia would be able to slow down Iranian oil exports and thus disrupt Iranian sanctions relief. Prior to 2011 Iran dispatched over 200000 barrels of oil per day from the port and views it as an important storage terminal for oil being shipped to Europe, especially since diverting shipments through its own controlled Kharg port results in a month delay.

The Salman regime has thus minimised its criticisms of Egypt and continued efforts to buttress it. It is noteworthy that the recent assistance packages have been more in the form of loans and investments as opposed to pure aid, which was the vehicle through which Saudi Arabia and Gulf States initially supported the Egyptian regime following Mursi’s 2013 overthrow. Although this sixty billion dollar combined investment and aid package dwarfs all others entered into between Egypt and Saudi Arabia in recent years, only around two billion is in the form of actual aid.

Riyadh may also use the islands, specifically Tiran, as a midway point in the creation of the recently announced Salman Bin Abdel Aziz Bridge linking the two countries. Purporting to cost in the region of three billion dollars, the bridge will increase trade and tourism between Egypt and Saudi Arabia and de-facto reinforce the notion that Iran poses a threat to both.

For Egypt’s rulers, the return of the islands is a decision with little negative strategic implications. Located in the mouth of the Gulf of Aqaba, they are largely uninhabited pieces of land with no real resources and which had belonged to Saudi Arabia prior to 1950. The Sisi regime has recently had to confront a greater challenge domestically. The economy has been sluggish, with inflation rising to double digits, tourism has decreased drastically, and shortages of foreign currency have hampered imports. These have also impacted on Egypt’s wealthier citizens, who are the regime’s main constituency. Criticisms of Sisi have in recent times flourished, with private news outlets no longer sticking to the government line. Sisi thus saw in the islands’ return an opportunity to renew and strengthen Egypt’s relationship with Saudi Arabia and to continue receiving assistance to reinforce the country’s economy and in turn his power base.

However for the transfer to have occurred Israel’s approval was required. Israel sees the Straits of Tiran as critical, especially since much of its maritime trade traverses it on route to and from the port of Eilat. Perceptions that its access would be disrupted were major factors in informing Israel’s participation in the 1956 Suez crisis and 1967 six day war; Israel maintained control over the islands from 1967 to 1982. Guarantees over waterway access and the prohibition of land transfers were thus key stipulations in the Camp David agreement. The transfer means that Israeli vessels will now need to traverse Saudi waters to reach Eilat; Tel Aviv’s acquiescence means that firm guarantees had been provided to it regarding freedom of navigation, especially since Israel maintains no peace treaty with the kingdom. Riyadh informed Israel during the early stages about the secretive negotiations, and written guarantees that Riyadh would abide by the same terms stipulated in the 1979 Camp David agreement were given to both the US and Israel. Riyadh had previously informed Israel about the then secretive bilateral nuclear negotiations between the US and Iran; covert cooperation between the two states has increased over fears of a resurgent Iran.

The move has elicited much criticism, and big demonstrations last Friday, by ordinary Egyptians, especially since the Sisi regime had inserted a clause into the 2014 constitution prohibiting territorial transfers. Clause IV of Article 151 in the 2014 constitution bars the transfer of any part of Egyptian territory, even in cases when a referendum has been successfully passed. The clause was added to augment Sisi’s nationalist credentials, and because the military garnered support for the 2013 coup by seeking to argue that former president Mursi was seeding parts of North Sinai to Hamas, and endangering Egyptian sovereignty through his alliance with Qatar.

Sisi has thus tenuously attempted to argue that the transfer formed a restoration of sovereignty and rights to Saudi Arabia, which controlled the islands prior to 1950, and did not constitute a transfer of territory. Leftists such as Hamdeen Sabahi and Khaled Ali, and dissidents such as Ayman Nour and the Muslim Brotherhood have criticised this reasoning, advocating for the deal not to be ratified by Parliament and Ali has lodged court papers to halt it from proceeding. Although this points to fissures forming in the regime’s support base, it is unlikely to pose much threat to the regime. Most from within the business and military elite still view the Muslim Brotherhood as threatening their interests, and are likely to react positively to the increased investments, which will especially assist with the foreign currency shortages. The threat of IS will also ensure that Sisi’s security first policies continue to garner support from both local and international actors

The country’s economic problems do, however, point to the need for a new approach. Although it has received billions in aid from Gulf countries it continues to languish, business activities are at an all-time low and the Egyptian stock exchange dropped around twenty-five per cent in 2015. The inauguration of the Suez Canal extension has failed to increase the country’s revenue generation capacity, and blackouts and shortages in energy and cooking gas are still endemic. The recently discovered two trillion cubic meter Zohr natural gas field will provide some respite, especially in satisfying the country’s large energy requirements. However, for a more sustainable growth path to emerge, the many skilled Brotherhood sympathisers languishing in Egyptian prisons need to be incorporated back into society, especially since the group’s provision of social services would enable newly generated government revenue to be utilised for job creation. With lower oil prices and restive domestic populations it is unlikely that Gulf countries will have patients for very long; already a move from aid to loans and investments can be observed.

Ebrahim Shabbir Deen is a researcher at the Afro-Middle East Centre, a research institute based in Johannesburg South Africa. His interests include political Islam, Middle Eastern politics, development issues, and climate change. He is a frequent media commentator on political events in the Middle East-North Africa region. He is Author of the book ‘Hezbollah vs. the Egyptian Muslim Brotherhood: A social democratic perspective’ 2012. He holds a Masters in International Relations from the University of the Witwatersrand and is an abbot Wigan Athletics supporter.