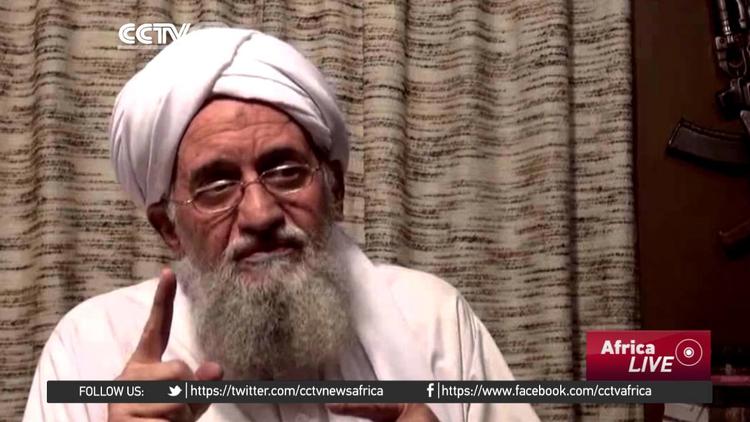 The US government has never understood insurgency for the most part. Smart USG officials with whom I’ve interacted have had a firm belief that leadership is a rare quality and that you can attrite an organization by killing its leaders. This theory is patently false. It moreover gives false hope to counter-insurgency officials and fools them into thinking simple tactical steps will be effective.

When Abu Musab al-Zarqawi, on whom the Pentagon rather ridiculously blamed 80% of the violence in Iraq in 2005, was killed from the air in spring of 2006, many observers thought that al-Qaeda in Mesopotamia, his guerrilla group, was doomed. But his successor, Abu Omar al-Baghdadi, renamed it the Islamic State of Iraq and decided to experiment with holding territory in Diyala and other provinces under the noses of the US military.

Then in 2011 President Obama appears to have had Usama Bin Laden assassinated (there is nothing in the public record to suggest that at any point there was any order to capture him alive). Al-Qaeda was fading at that point. But Ayman al-Zawahiri, the no. 2 man, just took over the operation. Al-Qaeda and its local ally, the Haqqani group, continued to hit the US in Afghanistan, sometimes quite hard, and sought to destabilize Pakistan. The Yemeni affiliate, al-Qaeda in the Arabian Peninsula, remained vigorous.

The Iraqi affiliate had run into some roadblocks. When Abu Omar was killed in Iraq 2010, again some thought that the group was over with.

But Ibrahim Samarrai took over, called himself Abu Bakr al-Baghdadi, and took the fight so Syria, renaming the group the Islamic State of Iraq and the Levant (ISIL or in Arabic Daesh). It went on to conquer most of al-Raqqa and Deir al-Zor provinces in Eastern Syria. In 2013, Abu Bakr al-Baghdadi came into an internal conflict with ally Abu Mohammad al-Jolani, and this al-Qaeda branch in Syria split into the Nusra Front (al-Qaeda proper, reporting to Ayman al-Zawahiri), and Daesh.

The Nusra Front or al-Qaeda in Syria became the best rebel fighting group against the Baath government of Bashar al-Assad. Since the US backs remnants of the Free Syrian Army (mostly de fact Muslim Brotherhood factions) who have tactical alliances with al-Qaeda on the battlefield, the US became allied with the allies of al-Qaeda, repeating all the mistakes of the Reagan administration in Afghanistan in the 1980s. US weapons given to the rebels often end up in al-Qaeda’s hands, and the few victories the rebels have had, as in Idlib, were spearheaded by al-Qaeda, so that the US-backed rebels can’t be convinced to abandon the alliance of convenience.

As for Daesh, in 2014, al-Baghdadi’s group took over 40% of the land area of Iraq. It could not have done that if the Sunni Arab population of Iraq were not outraged at the sectarian, Shiite fundamentalist government that the Bush administration installed in Baghdad, and which Washington continues to back to the hilt. (There’s nothing wrong with the Shiite majority coming to power at the ballot box; but democracy involves avoiding a tyranny of the majority, which Iraq’s Shiite parties have not avoided).

In 2015 Saudi Arabia launched a war on Yemen to beat back the victorious Houthi Zaidi militia. It ignored al-Qaeda in the south, which promptly took the major port of Mukala and also several other cities. Only in the past month have Saudi Arabia and its allies bothered to try to deal with AQAP, the most deadly of the al-Qaeda affiliates aside from Daesh). Al-Qaeda has withdrawan from Mukala, but there are rumors that it was allowed simply to walk away (the Saudis claim to have killed 800 in fierce fighting but this allegation cannot be substantiated). Saudi Arabia has virtually ignored Daesh in Iraq and some think it is happy enough to see a champion arise for Iraqi Sunnis that ties down the Shiite government in Baghdad, which the current government in Riyadh despises.

So I think we may conclude that the decapitation strategy of dealing with al-Qaeda does not work and has never worked.

Moreover, al-Qaeda has meant different things to different people, and its appeal has changed over time. Zawahiri was hoping it would become the reining ideology in Egypt and Saudi Arabi, the heartlands of Islam. Instead, Egyptians have gone in for a nationalism that despises Muslim fundamentalism. And Saudis have largely remained loyal to the royal family, and opinion polling suggests that if they could have a change, it wouldn’t be in the direction of even greater puritanism.

Instead, al-Qaeda and its affiliates and offshoots have become what Maoism was to peasant revolutionaries of the 1950s and 1960s– an ideological franchise you could pick up and beat the Establishment with where the Establishment was intolerably overbearing. Al-Qaeda is modular, in the sense of offering a model and tool kit. Thus, the al-Qaeda-allied Taliban Movement of Pakistan represented the poorer villagers in places like the Federally Administered Tribal Areas and Swat Valley, places either neglected or bossed around by the authorities in Islamabad. The Sunnis of Iraqi experimented with the Daesh version of al-Qaeda when they felt oppressed by the Shiite fundamentalist government in Baghdad. Syrian rural and small-town Sunnis experimented with Nusra (al-Qaeda in Syria) and Daesh when they felt oppressed by the one-party Baath socialist state and its high officials (many of them Alawi Shiites). Some of the appeal of AQAP seems to map onto Sunni discontents in south Yemen; there is no al-Qaeda in the north of the country. In Sinai, neglected and discriminated-against rural clans are fighting the Egyptian army.

But these disparate, largely rural insurgencies also face extreme challenges. They depend on government being weak. Even a slight assertion of Saudi power against AQAP in Mukalla caused it to be rolled up there almost immediately. Daesh has lost enormous territory to Shiite militias and Kurdish guerrillas where those two stood and fought. The Russian intervention in Syria has pushed back al-Qaeda in Syra/ Nusra on several fronts, virtually wiping it out in Idlib and along the Lebanese border.

AQAP and Daesh have attempted to recruit Europeans by pulling off the attacks last year in Paris. But their terrorism focuses on soft targets and has little obvious benefit to them, and has made NATO and Russia de facto allies again, in Syria. The strategy of holding territory and yet engaging in long-distance terrorism against a powerful foe is epically stupid. The only advantage of a terrorist group is that it doesn’t have an obvious return address. The current al-Qaeda affiliates all defied Bin Laden’s advice not to give the enemy a clear target. So they are all in the process of being rolled up.

That is, insurgencies are not mindless nihilism that can be wiped out with some drone strikes or aerial bombardment, some assassinations or “regime change.” They are manifestations of forms of class struggle (though the class may be inflected by sectarian or ethnic identity). Where there is great inequality and injustice, and where the state is weak, there will be spaces for insurgency, and often such uprisings see a benefit in franchising, signing on to the discourse, techniques and prestige of an umbrella rebellion.

Obama’s killing of Usama wasn’t the end of anything precisely because the US has not known how to, or has not always even wanted to, promote social justice in the Middle East. The bizarre and embarrassing commitment of the US government to helping the Israelis keep 4.5 million Palestinians stateless and without rights is an example of this blindness. But so too was Ronald Reagan’s alliance with Saddam Hussein and the Baath Party against the Shiites of Iraq and Iran (the latter having rebelled against decades of heavy-handed US hegemony and a coup that put a megalomaniacal monarch back in power in Tehran). George W. Bush reversed Reagan’s policy, siding with Iraqi Shiites against Saddam and the Baath, which only created new inequities and led to the rise of Daesh. The Obama administration’s acquiescence in the praetorian brutality of the current Egyptian government (in the Sinai and elsewhere) has also not been helpful.

Rather, just as Maoist peasant insurgencies were often best forestalled or foiled by land reform, which turned the peasants into rural middle classes and gave them a stake in the status quo, so rural al-Qaeda insurgencies would be best addressed by fostering social justice policies. Pakistan and Afghanistan never had land reform (pre-modern landholding patterns are typically extremely unequal). FATA in Pakistan needs to receive more investment from the center and should be made a province, with a provincial legislature and prerogatives.

In Iraq and Syria the land is not perhaps as important as government services and government investment in communities, which has often been done on a sectarian basis and very unequally. Egyptian policies in the Sinai are so opaque it is even difficult to know exactly what drove so many there into insurgency, but that someone is making a lot of money with Sinai resources and locals are being kept down and excluded is almost certainly part of it.

The US does not always have good levers to push reform (though it did militarily occupy Iraq for 8.5 years, so you’d think they could have accomplished something). It also has leverage with Pakistan and Egypt. Where it does not, Washington shouldn’t fool itself that “taking X out” is an equally good option, or that targeted assassinations will do more than call forth more resistance to an unbearable and unjust status quo.