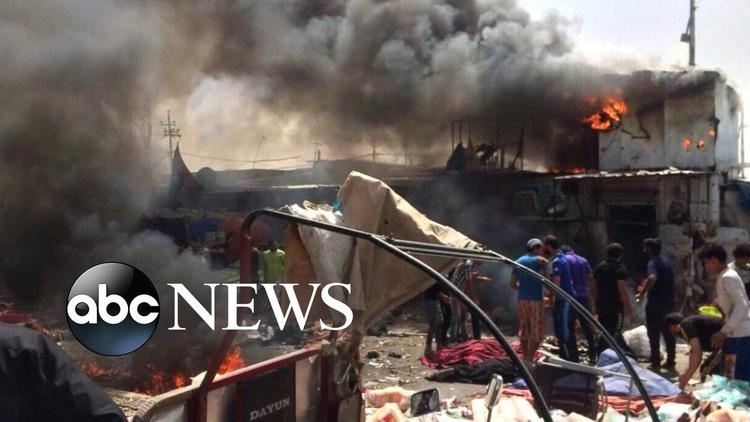 Daesh (ISIL, ISIS) launched a series of suicide car and truck bombs in Baghdad on Wednesday, killing nearly 100 and wounding nearly 200 persons. Baghdad security had improved over the past couple of years, but the Coalition United for Reform blamed political wrangling on sectarian and party bases for the security lapses that allowed the attacks to take place. The president’s spokesman suggested that Prime Minister Haydar al-Abadi might need to fire some security officials responsible for the capital’s well-being for this major lapse.

Massive popular protests late this winter against corruption and the dominance of high government posts by a handful of parties forced PM al-Abadi to attempt to appoint a cabinet of neutral technocrats. Iraq is governed by a spoils system, so the parties are given control of ministries, and use the ministries to employ relatives and clients. In a country of 32 million, some 7 million people are now said to work for the government. When al-Abadi threatened to take away that party patronage in the ministries by appointing a cabinet of neutral technocrats, the party elites mobilized against him in parliament and stopped him from going forward. Parliament split on the issue, and now has two elected Speakers, each of which denounces the other as an impostor. Under these circumstances, it is almost impossible to have parliament confirm the new cabinet members.

In the face of this elite feet-dragging, a large crowd of followers of cleric Muqtada al-Sadr recently invaded the Green Zone and went into the parliament building, from which the obstructionism was emanating.

It is being alleged in Baghdad that this factionalism led the city’s security forces to be unprepared for Wednesday’s bombings.

As for Daesh, it has faced very severe reversals just this year, losing Ramadi and Palmyra and many more. Daesh faces a reverse snowball effect and the danger it will just dwindle away. Its oil receipts are way down and it faces substantial pressure in the urban world.

It is in danger of not being able to attract high-value Westerners with arms training to its violent aggressions. It has also seen its oil revenue plummet. Daesh has lost much of its 2014 territory. These bombings of soft targets in Shiite neighborhoods, killing children and women, were designed to announce to like-minded Salafi puritans that the organization is still powerful and that joining it can bring devotees loot from razed or occupied towns.