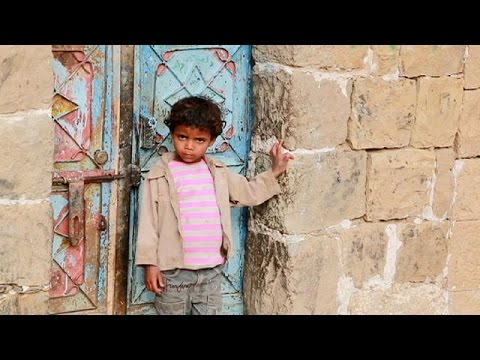 Following a trip to the Middle Eastern country, Ging revealed the severe impacts of the conflict and the international community’s inaction on Yemeni civilians.

“Yemen was an impoverished country before this latest conflict…so therefore the effect of the conflict, the effect of the restrictions on access have been very devastating for the population,” he said during a briefing here Tuesday.

According to OCHA, more than 21 million people in Yemen, equivalent to 82 percent of the population, need some form of humanitarian assistance. This includes 7.6 million who are severely food insecure.

Ging stated that the level of food insecurity in the country is just a step below famine according to the international food security index.

In addition to hindering access to populations in need, the one year-long conflict has also damaged key infrastructure including health facilities, further limiting access to much needed resources.

Over the span of just three months, three different hospitals supported by Medecins Sans Frontieres (MSF) came under attack, resulting in the deaths and injuries of numerous health personnel and patients.

“We strongly condemn this incident that confirms a worrying pattern of attacks to essential medical services and express our strongest outrage as this will leave a very fragile population without health care for weeks,” said MSF’s Director of Operations Raquel Ayora following a hospital attack in January 2016.

Such attacks are not isolated to hospitals. Human Rights Watch reported one case where two Saudi Arabia-led coalition airstrikes hit a crowded market in northwestern Yemen, killing at least 97 individuals including 25 children. HRW said that the attacks constitute “war crimes.”

In total, over 3000 civilians have been killed over the course of the war.

The ceaseless violence has in turn exacerbated displacement, causing over 2 million people to flee. According to the Norwegian Refugee Council (NRC), this accounts for 25 percent of conflict-related displacement globally.

Many Yemenis are therefore dependent on the international community for basic needs including food, health services, and shelter, Ging stated.

However, despite the scale of humanitarian needs in the country, Ging noted that Yemen is not receiving sufficient focus.

“Although [the crisis] is growing in severity and its impact on the population…the humanitarian component is not getting the international attention that it deserves,” he stated.

This is reflected in “shockingly” low donor funding, he added.

Of a $1.8 billion UN appeal for Yemen, only 16 percent has so far been funded.

Ging stated that the core issue is not simply a deficit of funding, but rather a “deficit of humanity” which is leading to a horrific loss of life and suffering around the world.

He pointed to global military expenditures as an example.

According to the Stockholm International Peace Research Institute (SIPRI), the international community spend approximately $1.6 trillion on the military in 2015, equivalent to 2.3 percent of global gross domestic product (GDP).

Ging noted that if half of one percent of global military spending was allocated to humanitarian action, there would no longer be a deficit.

“We want a new approach to this which thinks about the consequences, because it’s not that the world doesn’t have the money available, it is that it’s not making the right decisions about where it sends the money that is available,” he told the press.

“We are only asking for the minimum that is required to keep people alive in these awful circumstances,” he continued.

Ging noted that the upcoming World Humanitarian Summit (WHS) represents a “moment of reflection” in order to “refocus” and “reengage” in a more active way. He expressed his hope that the meeting will particularly translate to a political reflection and call for action.

“[Yemenis] have endured way too much, for far too long,” Ging stated.

“As an international community, we have to and must do much more in terms of meeting the basic needs of the population while they’re caught up in this situation,” he concluded.

The WHS kicks off in Turkey on May 23, bringing together political leaders, private sector, and civil society to discuss the world’s dire humanitarian situation. Among the key topics for discussion during WHS is humanitarian financing.

OCHA has classified Yemen as a level 3 crisis, a UN designation for the most severe, large-scale humanitarian crises.

Euronews: “An exclusive report from the village of Attan Fort near the Yemen capital Sanaa”