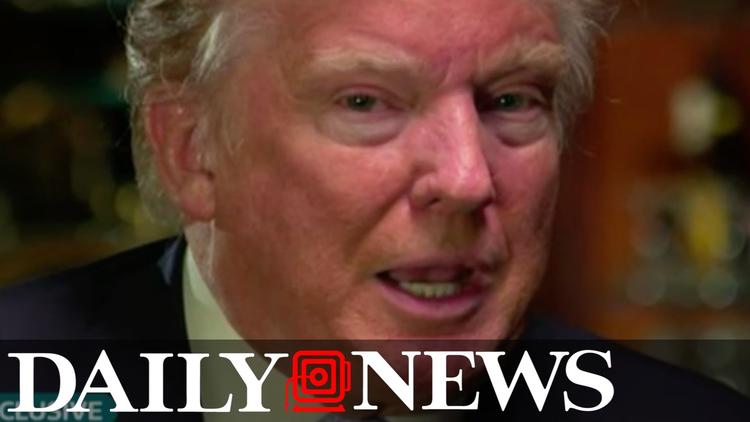 Trump gave an interview with Piers Morgan on British TV on Monday in which he threatened the United Kingdom with retaliation.

“It looks like we’re not going to have a very good relationship. Who knows, I hope to have a good relationship with him but it sounds like he’s not willing to address the problem either . . . Number one, I’m not stupid, okay? I can tell you that right now. Just the opposite. Number two, in terms of divisive, I don’t think I’m a divisive person, I’m a unifier, unlike our president now, I’m a unifier.”

Thereby proving that Cameron was right on all three counts. The prime minister’s office said he stood by his remarks. (Good on him!)

But what shouldn’t be lost in all this is that Cameron himself hasn’t exactly been good on Muslim issues in the UK. He’s been supercilious, condescending, and tone deaf. And he’s made some stupid and divisive proposals, as well.

Britain has a population of about 64 million. Of those, about 3.1 million are Muslims, about 5 percent of the population. In 2015, 13 Muslims were elected to the British parliament, six of them women, and three of them in Cameron’s party.

The US has more Muslims, but is a much bigger country, so their percentage here is much smaller, about 1% or maybe more depending on how many exactly there are (no one knows– the estimates range from 3 to 6 million).

Cameron wants to Muslims who don’t learn English well enough to pass a test within 2 and a half years of arrival. Asked if he would split up families by, e.g., sending out a mother of children and wife resident with her husband, he said there could be no guarantee of staying if the person kept failing the English test.

This proposal is just about as objectionable as Trump’s own ideas. There are millions of people in the US who don’t have very good English, or any at all. If Trump had threatened to arrest and deport them and break up families, even if they were legal immigrants, wouldn’t that be as outrageous as some of the other things he has said?

Cameron maintained that the reason for which a few tens of thousands of recently immigrated Muslim women did not know English was because their husbands are backward and controlling and keeping them isolated. That they might be busy raising children and running households and that they might not have avenues into British society– or even that they might not be good at languages– doesn’t seem to have occurred to him.

Then there was Home Minister Theresa May’s daffy allegation that there there was a sophisticated Salafi plot to take over 21 Birmingham schools in poor, disproportionately Muslim, areas. It was based on what is now widely considered a fraudulent letter. An investigation didn’t find any such plot. It found some problems at five of the schools, not surprising given that they are in extremely disadvantaged neighborhoods.

Cameron and his cabinet were so enthusiastic about Netanyahu’s brutal assault on defenseless little Gaza in 2014 that his only Muslim cabinet member, Lady Sayeeda Warsi, felt she had no choice but to resign.

So the idea of Cameron as a defender of Western Muslims or a condemner of Islamophobia is downright weird.

What the exchange shows is that the paternalistic, paranoid and casually insulting discourse of the Cameron crew about Muslims has been overshadowed by the truly monstrous and daffy Trump.