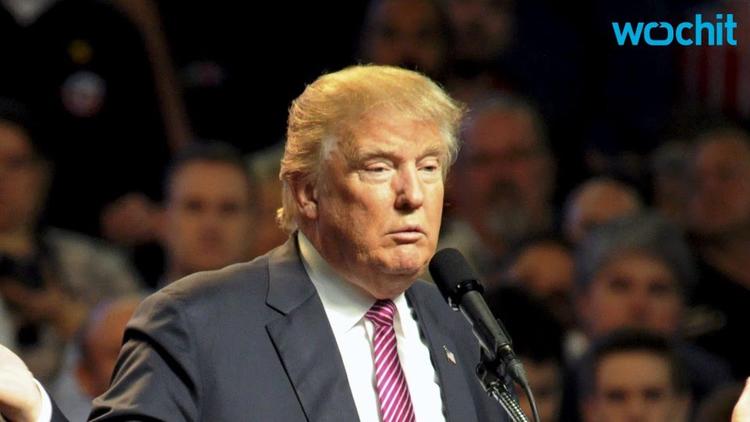 The charismatic young mayor of London, Sadiq Khan, is calling out Donald Trump for his bigotry toward Muslims. He says he plans to visit the United States this fall before the presidential election, because in case Trump wins, he won’t be able to.

He had told Time magazine earlier,

“If Donald Trump becomes the president I’ll be stopped from going there by virtue of my faith, which means I can’t engage with American mayors and swap ideas.”

Trump responded that he might make an exception for Sadiq Khan: “There will always be exceptions,” he said.

For those apparently ethically clueless commentators who have averred that Trump “isn’t really a bigot,” Trump’s conundrum shows that he really is a bigot. Since he likes giving people nicknames, I’ve suggested one for him above. As many have pointed out, the KKK is far more enthusiastic about Trump than the Republican Party Establishment. There is a reason for this difference.

It is always ethically wrong to generalize from an individual or particular group to the larger category of which they form a part. Individuals must be judged as individuals, groups as groups.

The typical form of a bigoted statement is “All x are y.”

Bigotry or prejudice can then become a basis for discrimination. Discrimination violates the principle of equality before the law:

“It is generally agreed that discrimination based on racial or ethnic origin is morally wrong and a violation of the principle of equality. The equality principle requires that those who are equal be treated equally based on similarities, and that race not be a relevant consideration in that assess – ment (May and Sharratt 1994: 317). In other words, it is only possible to justify treating people differently if there exists some factual difference between them that justifies such difference in treatment (Rachels 1999: 94). Equality is a nonspecific term that means nothing until applied to a particular context. Thus, in a political context, equality means equal access to public office and equal treatment under the law, and equal treatment extends to equality in terms of job hiring, promotion, and pay.”

Trump’s proposal to exclude Muslims from coming to the United States violates the 1965 Immigration Act, which does not allow for religious or other quotas. More seriously, it violates the principle that all men are created equal, a central one to American ideals even if it has often been honored in the breach. Trump’s premise, that Muslims are unusually violent, is not in fact in evidence.

The Chinese Exclusion Act of 1882, for instance, began by forbidding all Chinese from coming to the US for ten years; that “temporary” exclusion was later made permanent, and it was only finally repealed during World War II (even then the almost Nazi 1924 immigration law, which established ethnic/country quotas based on the “white” America of the 1870 census, continued to keep all but small numbers of Chinese out).

Here is the sort of thing that Americans of European heritage were saying about Americans of Chinese heritage in the run-up to the Exclusion Act. I apologize to my Chinese-American friends for reprinting it, but alas we historians often have to deal with distasteful texts from the past. It is from testimony before the California senate in 1876. The senators asked a lot of leading question implying that Chinese are less honest than other people; one witness to his credit pushed back on that front, but then went on to aver that “they are not a cleanly people.”

A.—I have been very little in the Chinese quarters here, but I know it is filthy, indeed, and that they are very much overcrowded. They live in a filthy condition here, and in a filthy condition at home, in their own districts. The buildings here are crowded pretty much as they are at home. Buildings once occupied by Chinese are unfit for white occupation, but real estate dealers obtain from them double and treble the rent they receive from the whites. The streets —the business streets—are in a passable condition, probably because the Chinese are compelled to keep them clean by the municipal authorities. The alleys are terribly filthy. Ladies would not care to go on those streets or look into those alleys. I think there is a class of outlaws among the Chinese population here, who give us a great deal of trouble. There are also, as in every community, a great many good men who are made to suffer for the doings of the evil. Among our people, if John Brown does wrong, he suffers as an individual, but if a Chinaman does wrong, the whole race suffers for the act of the individual.

Q.—Are there any Chinese families in this city?

A.—I think not any to speak of?

Q.—Are there one hundred Chinese families in this city?

A.—That would be a large number, I should think.

Q.—Have you any idea of the number of Chinese women?

Q.—What is the condition of these women?

A.—I don’t know. I imagine it is very bad, indeed. I think that the principal or only remedy to be applied to that evil are stringent municipal regulations, thoroughly enforced.

A.—1 think that would prevent the influx of the vicious class. If we were to make them live as Americans, I think we would very soon have no Chinese here. For instance, make men have fifteen or sixteen-feet rooms to sleep in, each, and compel the observance of sanitary regulations, and they could not afford to work for the wages they now receive. If they are forced to demand more pay, employers will not employ them.

Mr. Pierson—Have you observed any change in the character of the Chinese for the last ten or fifteen years—have they become more aggressive, more independent, more apt to assert their rights, as they term it?

A.—I think that is caused by the fact that a great many misguided Americans put them up to it.

Q.—Do you think that they have any particular love for our institutions?

Trump’s discourse is indistinguishable from that of 19th century “white” racists and religious bigots in the United States, and he wants to have it result in a similar outcome (all Asians were ultimately excluded from the US on grounds of racial and religious bigotry).

Trump, having proposed an exception to equality under the law for a whole category of people, now has to propose exceptions to his own rule because it clearly is a discriminatory one. He said that you lead by example and if Khan does a good job that would be a tremendous thing.

That Trump should even want to make an exception for Sadiq Khan underlines the falsity of his entire premise. If Mr. Khan can lead by example and do a good job as London mayor despite being Muslim, then clearly there are no grounds to exclude people on grounds of religion. If Mr. Khan as an individual is desirable despite being a Muslim, then how can Trump show that the vast majority of Muslims are not like Mr. Khan? And if they are, then his proposed exclusion is a form of bigotry.