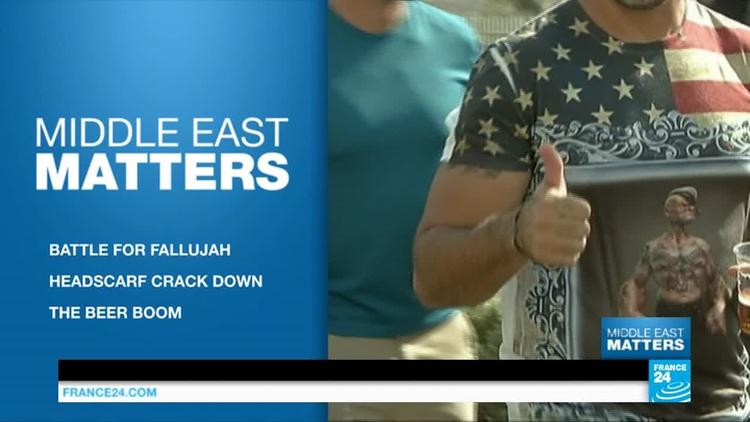 Grand Ayatollah Ali Sistani on Wednesday called on both regular Iraqi army forces and the popular mobilization units (Shiite militias) to avoid killing innocent noncombatants as they close in on Fallujah.

An hour west of Baghdad and largely peopled by the Sunni Arab Dulaym tribe, Fallujah has been in trouble since the US invaded in 2003. In the late Baath period under Saddam Hussein, in the 1990s and early zeros, Fallujah was a center both of Baathism (secular Arab nationalism and socialism) and of a growing Salafi fundamentalism, inspired in part by the brutality of the Israeli regime toward Gaza and in part by Jordanian truckers and smugglers who had come under Saudi, Wahhabi influence.

The George W. Bush administration overthrew the Baath and put a condominium of religious Shiite parties and Kurdistan nationalist parties in power in Iraq, demoting the previously dominant Sunni Arabs to second class citizens. Some in Fallujah took up arms against the US and the new, Shiite-dominated government. Others accepted the new reality and joined the local police. One of the groups that became ensconced in the city was Abu Musab al-Zarqawi’s al-Tawhid (Unity), which morphed into al-Qaeda in Mesopotamia and ultimately into Daesh (ISIS, ISIL). Bush destroyed Fallujah in November of 2004, allegedly in an attempt to wipe out terrorism there. It turns out destroying a city just doesn’t make for social peace. If anything, al-Qaeda and then Daash were strengthened by the government’s hard line against them.

Fallujah fell to Daesh in January of 2014, which turned out to be a harbinger for the entire Sunni Arab region of the country. By mid-June, the major city of Mosul had fallen.

The Iraqi government feels that it has to retake Fallujah before launching an assault on the metropolis of Mosul in the north.

But as Sistani’s statement suggests, there are many who fear that the popular mobilization units are just Shiite vigilantes and may be looking for reprisals against Sunnis.

Sistani’s spokesman in Karbala, Abd al-Mahdi al-Karbala’i, underscored that it is necessary to abide by the laws of jihad, which forbid killing innocent non-combatants, even when non-Muslims are being fought.

On the other hand, some of the shine on this campaign may have come off a little when al-Karbala’i described it as a jihad.

The Iraqi military and the Shiite militias have closed in on Fallujah since Saturday, liberating a dozen or so villages.