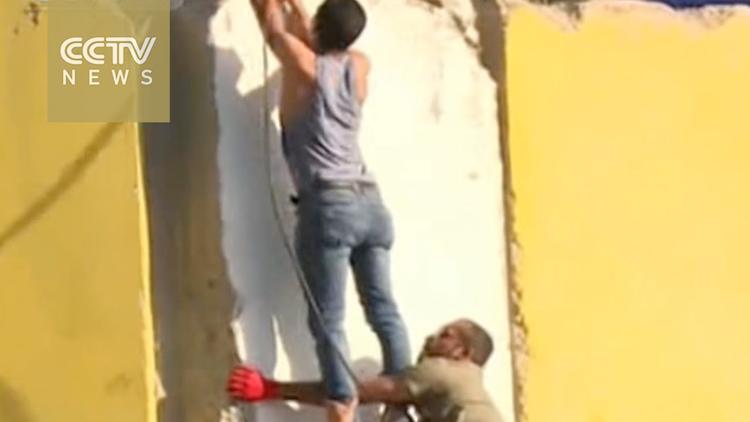 After protestors invaded Baghdad’s Green Zone, Iraqi Kurdish politicians fled home. Despite the fact that their absence could paralyse Parliament, they say they won’t be back until certain conditions are met.

After the first set of demonstrations during which protestors made it inside Baghdad’s highly protected Green Zone, where the Iraqi Parliament and various embassies are located, Iraq’s Kurdish politicians decided to withdraw from the capital.

The Iraqi Kurdish MPs, who form one of Iraq’s most significant voting blocks in Parliament, said they wouldn’t return until the Green Zone could be guaranteed safe and the various Shiite Muslim political parties and their associated militias had made peace with one another. Most of the protestors who broke into the Green Zone were supporters of the cleric Muqtada al-Sadr, and many of them were opposed to other Shiite Muslim parties too, those who seem more interested in maintaining the current balance of power than enacting any real reforms. The situation in Baghdad has become a more dangerous place as the political feuding now appears to be spilling onto the capital’s streets.

During the days when protestors were in the Green Zone, several of the Iraqi Kurdish MPs were harassed and attacked and one was trapped in a government building. The Iraqi Kurdish parties issued a statement together that said, “These events have made us reconsider our participation in the political process in Iraq”.

The Shiite Muslims have monopolized power since 2003 and that’s why we have this situation.

Last weekend protestors once again gained entry to the Green Zone – although this time they were quickly driven out by security forces.

“The Shiite Muslims have monopolized power since 2003 and that’s why we have ended up in this situation,” a critical Tariq Gardi, a senior member of the Kurdistan Democratic Party in Baghdad – his party is the largest Kurdish bloc in Parliament – told NIQASH.

“The Iraqi government never kept the promises it made to the Kurds two years ago when the government was formed,” says Hoshyar Abdullah, an Iraqi Kurdish MP in Baghdad and senior member of the Change movement. “And the power-sharing political system in Iraq has proven to be useless and it has failed.”

“We don’t want to return to Baghdad until the Shiite Muslims have their house in order,” says Ahmed al-Haj Rashid, a senior Iraqi Kurdish MP in Baghdad representing the Kurdish region’s Islamic parties.

At the beginning of May, several senior Iraqi politicians made the trip up to Iraqi Kurdistan to try and convince the Kurdish MPs to return. The first contingent included the Sunni Muslim Speaker of Parliament, Salim al-Jibouri, who was there representing the Prime Minister Haider al-Abadi. And there have been further visits since.

As the US-based think tank, the Institute for the Study of War explained: “The Kurdish parties control a significant proportion of the [Parliament] and have the ability to help determine a quorum as well as advance and dismiss legislation. Their unified walk-out gave the Kurds a new source of leverage … as Iraq’s political process remains paralyzed without their participation”.

On May 16, the Iraqi Kurdish MPs met and formulated a set of demands that would need to be fulfilled before they returned to Baghdad. They say they want to be sure that Baghdad is safe for them. They also want the Iraqi government to maintain the political power sharing system that says that the Kurdish get a certain percentage – 20 percent, in fact – of top jobs.

Iraqi Kurdish allies also got involved in the campaign to persuade the Kurds back to Baghdad. Matthias Mitman, the US Consul General in Erbil, says he called the Kurdish politicians and asked them to return to Parliament.

“The US ambassador in Iraq tried to persuade us too,” Gardi notes. “But I believe the problems here have reached a point where the US can no longer help resolve them. It is just too late.”

With the walk out from Baghdad, there has – once again – been discussion about the Iraqi Kurdish possibly withdrawing from the country. After all if the Iraqi Kurdish are not participating in the government, the argument goes, why are they there? Nobody knows how the Kurdish politicians will figure in a reformed government, if reforms ever go ahead.

Iraqi Kurdish opposition party, the Change movement, has come up with an alternative plan for this that it wants to discuss with the other Kurdish political parties. They have suggested that an Iraqi Kurdish politician simply be given the portfolio for Kurdish affairs, rather than unrelated jobs in other ministries. The plan was widely criticized.

“If the Kurdish people were given the opportunity they would become independent,” suggests Muthana Amin, a senior member of the Kurdistan Islamic Union, who’s also an MP in Baghdad. “They would not opt to stay part of Iraq.”

But the Kurdish certainly cannot declare independence from Iraq without the approval of both regional and international allies. And they cannot turn their backs on the political process in Iraq without resolving at least some of the outstanding problems between themselves and Baghdad.

Ihsan al-Shammari, a politics professor at Baghdad University and head of a local think tank, The Iraqi Centre for Political Thought, told NIQASH that he thinks the Kurdish politicians won’t go back to Parliament without having some of their most important conditions met.

Al-Shammari also points out that two of Iraqi Kurdistan’s major parties, the Political Union of Kurdistan, or PUK, and the Change movement, originally a breakaway of the PUK, have formed a new union – possibly with persuasion from their Iranian allies to whom these two parties are closer. Meanwhile The KDP, the other major party in Iraqi Kurdistan and within the Kurdish alliance in Baghdad, remains on its own.

While some analysts believe this means that half of Iraqi Kurdistan’s representatives will return to Baghdad, al-Shammari thinks that this split within the Kurdish MPs means that they are less likely to return.