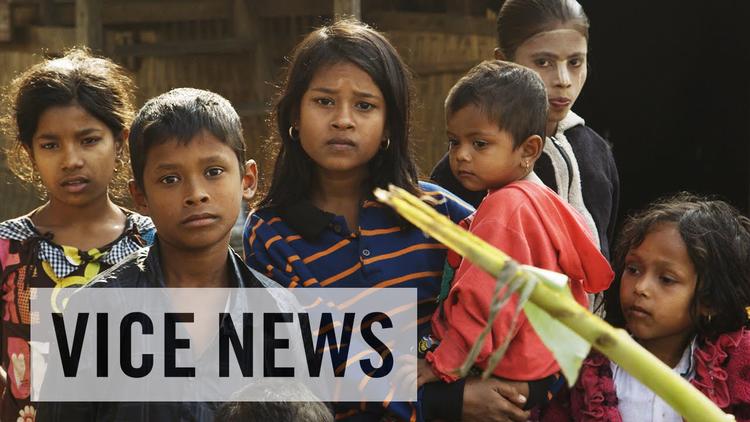 “In recent years, democratic reforms have swept through Myanmar, a country that for decades was ruled by a military junta. As the reforms took hold, however, things were growing progressively worse for the Rohingya, a heavily persecuted ethnic Muslim minority concentrated in the country’s western state of Rakhine.

The 2012 gang rape and murder of a Buddhist woman by three Muslim men ignited violent riots in which hundreds were killed as Rakhine Buddhists and Rohingya attacked each other. In the following months, tens of thousands of Rohingya were rounded up and forced to live in squalid camps; Human Rights Watch deemed the attacks crimes against humanity that amounted to ethnic cleansing of the Rohingya. Thousands of Rohingya have since attempted to leave the country, fueling the region’s intricate and brutal human trafficking network.

VICE News traveled to Myanmar to investigate the violence and discrimination faced by the country’s Muslim minority.”