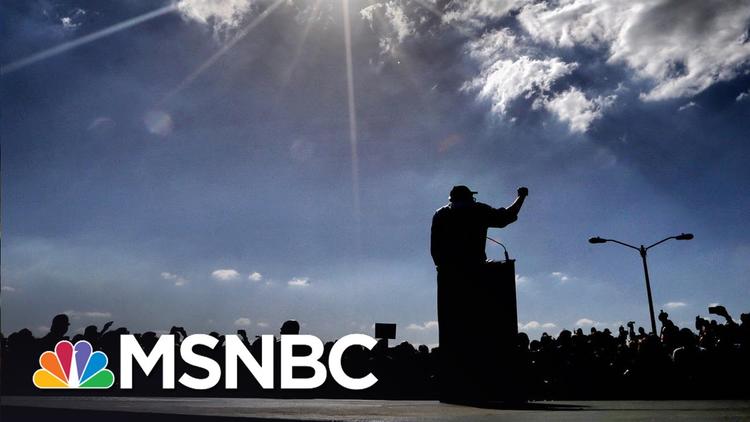 The Democratic Party will allow Sanders to have a prominent say in writing its platform this year.

The Democratic Party said on Monday it will give U.S. presidential contender Bernie Sanders a prominent say in writing its platform this year, a gesture that could ease tensions between Sanders’ camp and party leaders, whom Sanders has accused of favoring rival Hillary Clinton.

Sanders has remained steadfast in his long-shot battle with Clinton for the Democratic nomination for the November presidential election, even though he lags her in the delegate count with only a few state contests remaining.

The divisiveness among the Democrats stands in contrast to the Republicans, whose party leaders are slowly rallying behind Donald Trump, their presumptive nominee.

Sanders’ tenacity appeared to be paying off: The U.S. senator from Vermont will be allowed to name five members to the 15-member committee that writes the platform at the Democratic Party’s national convention in late July in Philadelphia even if he is not the nominee. Clinton will name six.

The party said in a statement the split was based on the results of state votes to date “in an effort to make this the most representative and inclusive process in history.”

The Democratic Party’s rules allow the chair to name all 15 members, suggesting that the party was trying to accommodate Sanders and his fervent supporters, who still pack rallies by the thousands as he campaigns in California, which will hold its primaries on June 7.