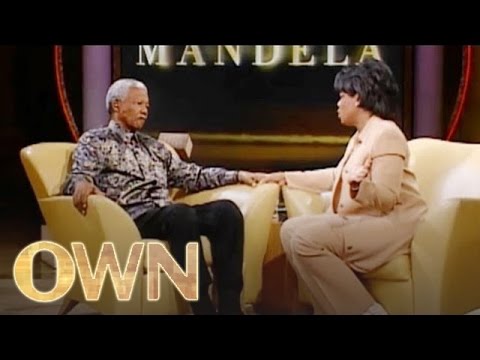 The revelation that the Central Intelligence Agency provided the tip to the Apartheid South African government that led to Nelson Mandela’s arrest should come as no great shock, though the public confirmation is perhaps surprising.

Nor is it unconnected to the popularity of Donald Trump, who is proposing a new Apartheid regime with regard to American Muslims.

Mandela went on to lead South Africa in the 1990s toward a racially inclusive new model of democracy.

Although the allegation is that the CIA was worried Mandela was a Communist controlled by the Soviet Union, the actual subtext was that white, racially-segregated South Africa was seen by many in Washington as a good thing. The US firmly supported the Apartheid regime despite its massive human rights abuses, right into the 1980s under Reagan. That it was an ally against Communism was all to the good. But part of what defeating Communism entailed was repressing economically exploited, working class groups like Black South Africans.

Until 1964, much of the US (and not just the Deep South) was itself governed by Apartheid laws that demeaned African-Americans and often denied them the vote, so there was fellow-feeling between elements in Washington and those in Pretoria.

Americans have a fairy tale that they tell themselves, that they have been a force for democracy and human rights. But in fact, sometimes they haven’t. A lot of the time they haven’t. The US has made coups against elected governments (1953 in Iran) and supported dictators instead, when it suited Washington elites. The US has supported the repression and statelessness of the Palestinians. And often fears about uppity working classes are racialized in American discourse.

Donald Trump’s politics are to a degree about racial hierarchies and the restoration of the pecking order that obtained before the Civil Rights movement led by Dr. Martin Luther King, Jr. In other words, they hearken back to the days of American Apartheid.

He has questioned the US citizenship of our first African-American president, attempting to paint his eight years in office as illegitimate. Birtherism is a little bit like those Rambo movies of Sylvester Stallone, which relitigated the Vietnam War. If white America was in fact defeated by Asian Vietnam, at least the former could have its victory in the fantasyland of Hollywood. Likewise, Birtherism was a way of imagining that McCain and Romney were the rightful presidents, because the Black guy was actually from Africa and not American at all.

Likewise, Trump’s intimation that Latino Americans are for the most part criminals (this is not true), his allegation that China is walking all over the US with regard to trade, and his proposal to exclude Muslims from coming to the US, are all reasertions of the primacy of white America. They are ways of denying that the US is on the way to becoming a majority non-white country (Asians, Latinos, African-Americans are already the majority in California, the most populous state). They are ways of denying that China is a rising world power or that the Muslims world is flexing its muscles in the aftermath of decolonization.

Political Scientist Robert Vitalis has argued that racial hierarchy was at the core of International Relations theory in the US academy in the first half of the 20th century:

” Racism and imperialism are the twin forces that propelled the course of the United States in the world in the early twentieth century and in turn affected the way that diplomatic history and international relations were taught and understood in the American academy. Evolutionary theory, social Darwinism, and racial anthropology had been dominant doctrines in international relations from its beginnings; racist attitudes informed research priorities and were embedded in newly formed professional organizations . . . Within the rigidly segregated profession, the “Howard School of International Relations” represented the most important center of opposition to racism and the focal point for theorizing feasible alternatives to dependency and domination for Africans and African Americans through the early 1960s.”

The jailing of Mandela for much of his adult life came about because he took direct action against a regime that deprived him and his people of their right to vote, of their right to be equal to other citizens, and even in the case of the Bantustans, of their citizenship rights. These actions were taken by people who thought of themselves as “white” against people they categorized as “Black.” They were taken on the grounds of racial prejudice and discrimination. The United States of America sided with the operators of the Apartheid state. There isn’t any doubt where Trump would have stood in those days, either.

But those days are over, and Trumpism is not the wave of the future; it is a pitiful nostalgia for a shameful imagined past.