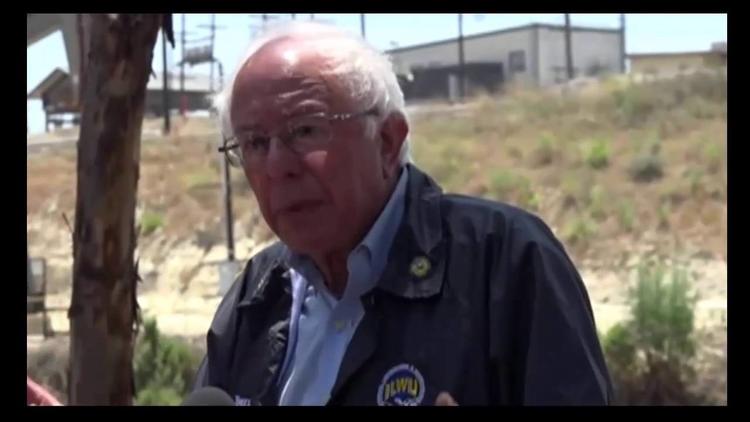 Trump initially told reporters he would “love to debate Bernie.”

The Republican nominee flip flopped from his initial openess to debating the democratic socialist senator from Vermont.

Donald Trump announced Friday he will not debate Senator Bernie Sanders because he thinks the Democratic Party will not allow Sanders to win the nomination.

“If you’re in first place, you don’t want to really debate a guy who’s in second place,” said Trump.

Donald Trump had told TV host Jimmy Kimmel he would debate Sanders if the network hosting the event donates the earnings to charity.

“Based on the fact that the Democratic nominating process is totally rigged and crooked Hillary Clinton and Deborah Wasserman Schultz will not allow Bernie Sanders to win, and now that I am the presumptive Republican nominee, it seems inappropriate that I would debate the second place finisher,” said Trump.

Sanders campaign manager Jeff Weaver said in a statement that two networks were interested in contributing to charity so that they could host the debate.
“As much as I want to debate Bernie Sanders – and it would be an easy payday – I will wait to debate the first-place finisher in the Democratic Party, probably crooked Hillary Clinton, or whoever it may be,” said Trump.

The next primary for the Democratic Party will be held in California on June 7.

Bernie Sanders Reacts To Donald Trump Backing Out Of Debate