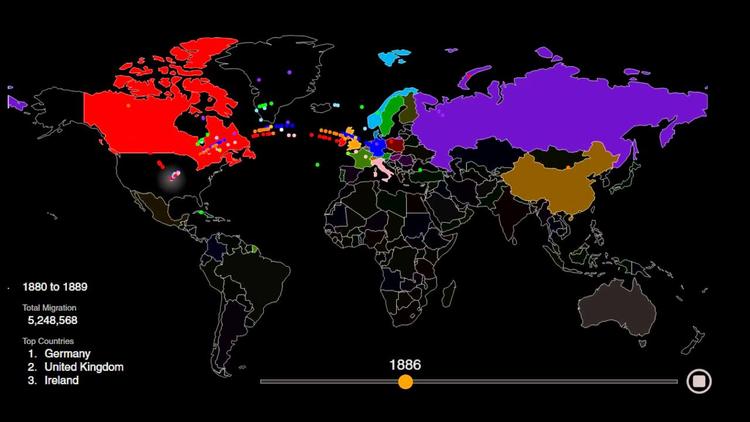 “From 1920 to 2013, 79 million people obtained lawful permanent resident status in the United States. This map visualizes all of them based on their prior country of residence. The brightness of a country corresponds to its total migration to the U.S. at the given time.

Metrocosm: “Here is Everyone Who Has Emigrated to the United States Since 1820”