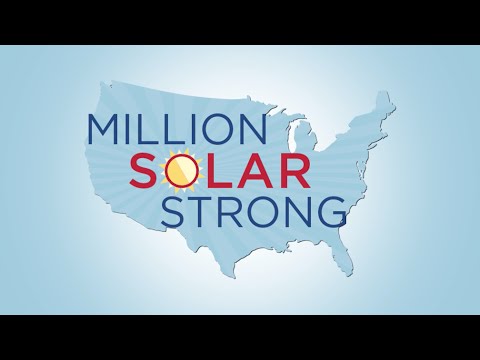 In the U.S. alone, solar grew nearly 22% since the previous year

On the heels of clean fuel milestones in Germany and Portugal , a new report finds that the renewable energy industry employed over 8.1 million people worldwide in 2015.

According to the International Renewable Energy Agency’s (IRENA) annual review, that figure marks a 5% increase from the previous year. China led the pack, accounting for 3.5 million jobs. Brazil and U.S. ranked second and third, respectively, for the highest number of renewable energy jobs.

The solar photovoltaic (PV) sector shot up 11% and accounted for biggest number of jobs at 2.8 million globally.

In the U.S. alone, solar grew nearly 22%. That’s “12 times faster than job creation in the US economy­—surpassing jobs in oil and gas,” the report states. The other country seeing growth in solar was Japan, which notched a 28% increase in solar PV employment in 2014.

“There is no high-carbon prosperous future.”

—Mark Kenber, CEO of The Climate GroupWind saw “a record year” in employment, the report states. Wind energy employment in the U.S. grew 21%; worldwide it grew 5%. At the same time, oil and gas extraction jobs fell by 18 percent in the U.S.

“This increase is being driven by declining renewable energy technology costs and enabling policy frameworks,” stated IRENA Director-General Adnan Z. Amin. “We expect this trend to continue as the business case for renewables strengthens and as countries move to achieve their climate targets agreed in Paris,” he added, referring to the UN climate deal sealed at the end of 2015.

Mark Kenber, CEO of The Climate Group, an organization that advocates for reining in carbon emissions, added, “A clean revolution is key to growth, investment, jobs, health, security: there is no high-carbon prosperous future.”

The new review follows a separate brief released (pdf) by IRENA on “the true costs of of fossil fuels,” which found that doubling the global share of renewables by 2030 would save not only $4.2 trillion annually but also as many as 4 million lives.