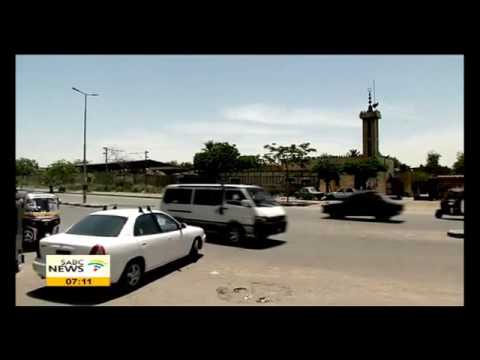 When you only hear bad news from a place, you form a negative opinion of it. But when I went looking for news about the economies of the most populous Middle Eastern countries, I was surprised to find that the IMF and/or World Bank is seeing between 3.5 and 4% growth in 2016.

You would think Turkish President Erdogan’s renewed conflict with Kurds in the country’s southeast, along with the occasional bombings in Ankara and Istanbul that have hurt tourism, plus the Russian cancellation of some joint projects, the fall in Russian tourism, and the cancellation of fruit and vegetable orders– that all these things would have hurt economic growth. Well, maybe they did, but the Turkish economy is still set to grow 4% this year. Of course, you could argue that the economy might be growing 7% if Erdogan hadn’t picked all those fights. And, it is not as if the profits are being equally spread around the population.

Still, it should be remembered that US GDP growth is about 0.5% and Brazil’s political turmoil is in part a reflection of massive economic problems in recent years. So Turkey is doing all right (it is the world’s 18th largest economy). Some 6 million new jobs have been created in the past six years, helping to account for Erdogan’s popularity.

Some of the surprising reasons for the economic growth are that consumer spending is strong– people are buying appliances and going out to eat. Likewise, the steep fall in the price of petroleum has saved Turkish consumers $35 billion (Turkey is not an oil producer). In addition, the 2.5 million Syrian refugees in the country have boosted gross domestic product. They are spending their savings. Some of them have gotten jobs and are buying things they need in their new homes. And Syrian farm and other labor has added to productivity.

The $32 bn a year tourism industry fell over 16% in the first quarter, and that had to hurt. Although large numbers of Russian tourists have gone elsewhere, some of the slack has been taken up by Arabs, especially from the Gulf, who can no longer safely go to Beirut and who are nervous about Cairo and other Arab cities, where the politics is unpredictable or where police crackdowns interfere with fun. The Arab tourists aren’t just coming for hotel stays– they are buying second homes and investing in the economy. So, while the loss of the Russians hurts (especially in places where they were concentrated, like Antalya), other tourists seem to have picked up some of the slack. But the tourism statistics probably don’t count the Arab tourists buying homes there. Also, Turkey is a diversified economy with about $800 bn. in annual GDP, so a downturn in one industry might be offset by upturns in others.

There there is Egypt. Likewise, it is expected to grow 3 – 3.5% this year. Like Turkey, its consumers will save billions of dollars on lower petroleum costs. Its tourism revenue will be substantially off, which is why international banks lowered their estimates for the country’s growth rate from 4% to 3 or 3.5 percent. The Gulf oil states, even though their revenues have fallen, are still promising investments. The UAE says it will put another $4 bn into Egypt.

Because South Africa revalued its rand, Egypt even got a promotion– it is now the second largest economy in Africa.

The IMF expects Iran to grow at 4% this year, as well. This growth will mostly come about as a result of increased oil sales, given the end of international sanctions.

Obviously, there are severe problems in all three economies. In Egypt and Turkey, adoption of Neoliberal policies has greatly increased inequality, so that we can’t be sure the 3-4% growth will actually go to ordinary people as opposed to wealthy regime cronies. Rentier income like strategic rent from the UAE to Cairo typically goes to the government, not the average citizen. Also, Egypt’s population growth (unlike that of Turkey and Iran) is so high that the per capita growth on 3% GDP increase is minimal. In Iran, the proceeds from the extra petroleum sales will go straight to the state, and how much of that money will get out to the people is also a question.

Still, the region’s most populous countries have growth statistics that many countries would envy– and this despite the turmoil all around them.

SABC: “Egypt takes over as SA drops to 3rd biggest economy in Africa”