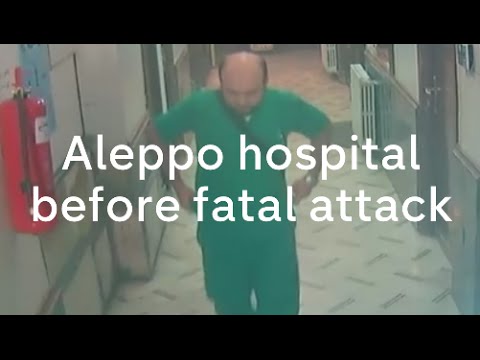 An airstrike on April 27, 2016, that hit al-Quds Hospital and surrounding areas, killed 58 civilians, including medical staff and many patients, according to the Syrian Civil Defense, an opposition search-and-rescue volunteer group. On April 29, another airstrike hit a clinic in the opposition-held al-Marja neighborhood, injuring 10 people, according to the Syrian Civil Defense. First responders reached by Human Rights Watch said they knew of no military objective close to the hospital or the clinic.

“As the cease-fire frays, Syrian civilians are again paying the price in blood,” said Philippe Bolopion, deputy director for global advocacy. “The UN Security Council should act immediately over the attack on al-Quds Hospital and demand an inquiry to determine who is responsible.”

The Russian government denied responsibility for the attack on al-Quds Hospital. The US State Department blamed the Syrian government.

According to Bibars Mish’al, a first responder with the Aleppo branch of the Syrian Civil Defense, airstrikes struck al-Quds Hospital, which is supported by the humanitarian organization Médecins Sans Frontières (MSF), at 10 p.m. on April 27. There were no military targets in or around the medical facility at that time, Mish’al said.

“It was such a painful sight,” Mish’al told Human Rights Watch from inside Aleppo city. “We worked for 30 hours to get one small child out of the rubble. And people are still working to extricate others, even as the planes keep flying above our heads and firing.”

Video of the carnage at the Aleppo strikes shot by opposition journalists showed a man carrying a dead child with severe head wounds. The video showed people digging others out from under rubble and fires burning in nearby buildings. According to a statement by MSF and the International Committee of the Red Cross, al-Quds Hospital had eight beds in their pediatrics unit and was the main center for referrals for sick children in opposition-held Aleppo.

The United Nations Security Council should immediately act in response to these attacks on medical facilities. Under international humanitarian law, medical facilities are afforded a special protection, while also retaining the general protections applied to civilians and civilian structures. The council should request that the UN secretary-general conduct an independent inquiry into the events within two weeks, identify who conducted the strikes, and evaluate the impact the attacks will have on access to health care in the area.

Security Council Resolution 2254, adopted on December 18, 2015, called on all parties to the conflict in Syria to “immediately cease any attacks against civilians and civilian objects as such, including attacks against medical facilities and personnel, and any indiscriminate use of weapons, including through shelling and aerial bombardment.”

Armed groups in opposition areas were also responsible for the death of civilians in government-held Aleppo city as they shelled civilian neighborhoods. According to the Syrian state news agency SANA, 16 civilian worshippers were killed and 41 injured in armed group shelling on a mosque on April 29, during Friday prayers in Aleppo city.

The Syria peace talks in Geneva have all but collapsed. The opposition’s High Negotiations Committee suspended its participation on April 18, partly in protest over the renewed violence in Syria. Casualties had decreased since the cessation of hostilities was announced on February 26, but escalated again in the past two weeks. The Syrian Observatory for Human Rights reported on April 30 a total of 244 civilians killed in Aleppo over eight days of airstrikes and shelling – 140 of whom died because of airstrikes in opposition-held Aleppo – including 19 children and 14 women. The group also said that 96 civilians, including 21 children and 13 women, were killed in government-held Aleppo from shelling by armed groups.

The UN Security Council should impose an arms embargo that would suspend all military sales and assistance, including technical training and services, to all forces credibly implicated in serious violations in Syria, Human Rights Watch said. The council should also impose sanctions against officials from all sides who are shown to be implicated in the most serious abuses, and commit to a credible process to ensure criminal accountability for grave abuses by all sides. Human Rights Watch has repeatedly called on the Security Council to give the International Criminal Court a mandate in Syria.

Deliberate or reckless attacks against civilians and civilian structures committed with criminal intent are war crimes. The laws of war require that the parties to a conflict take constant care during military operations to spare the civilian population and to “take all feasible precautions” to avoid or minimize the incidental loss of civilian life and damage to civilian objects. Like other civilian structures, hospitals may not be targeted. Furthermore, they remain protected unless they are “used to commit hostile acts” that are outside their humanitarian function. Even then, they are only subject to attack after a warning has been given setting a reasonable time limit, and after such a warning has gone unheeded.