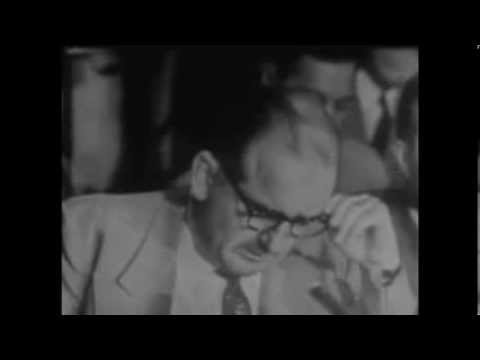 After New York governor Andrew Cuomo issued an executive order directing the state to monitor and sanction activists in the Boycott, Sanctions and Divest Movement (BDS) against the Israeli occupation of the West Bank and Gaza, critics complained that the order is McCarthyism. They objected that social and economic boycotts have been used in instances such as South Africa’s racial segregation or Apartheid. Interference in such a social and political movement in protest of injustice, they aver, is contrary to the first amendment. (Cuomo’s executive order will certainly be struck down by the courts). The order is creepy, since it suggests that Cuomo will have New York state bureaucrats combing through citizens’ Facebook and Twitter accounts to see if they support BDS, and then find ways of punishing them (no contracts from the state, no state jobs, no internships).

The objections of Cuomo’s critics are often naive, given the actual record of the Israel lobbies in the United States, some of which have sometimes played Sen. Joseph McCarthy all on their own.

The Anti-Discrimination League (ADL), for instance, only poses as a human rights organization. It has at least sometimes functioned as an intelligence organization working on behalf of a foreign state.

Back in the late 1970s and through the 1980s, at the height of the anti-Apartheid movement, the Israeli government was a firm supporter of the racist faction of Afrikaaners. The Israeli government even offered nukes to the white supremacist South African government for use on its African neighbors if they became too uppity. It appears to have instructed the ADL in the US to spy on anti-Apartheid activists, who were engaged in a boycott, divest and sanctions campaign against Praetoria. Many of the same groups were also involved in pro-Palestinian activities.

The ADL in the San Francisco Bay area carefully compiled files on 10,000 Americans and 600 organizations. One ADL secret agent leaked the files on the anti-Apartheid activists, and South Africans in political exile, to the Apartheid government, with potentially dire consequences for any of them that the South African secret police could get hold of.

It is worth noting that President Barack Obama gave his first political speech, in 1981 on the Occidental campus, against Apartheid. Maybe the ADL has a file on him somewhere.

Jeffrey Blankfort reports, based on the dossier of ADL activities ordered released when it lost the suit the activists brought against it, that “The ADL supplied confidential information to foreign governments that it obtained from police and federal agencies in the US.”

One of the people on which the ADL was spying, the non-violent activist Alex Odeh of the Arab-American Anti-Discrimination Committee, was assassinated in 1985; (there is no evidence of a connection).

The same wealthy funders who payed the ADL to undertake this vast domestic spying operation on behalf of two foreign governments underwrite Andrew Cuomo’s political campaign, and have bribed him to turn the state of New York itself into an ADL San Francisco style monitoring and punishing organization.

The point of spying on people is not only to gather information on them but also to intimidate and block them. That is the point of knowing who they are, where they live, and of keeping files on them that can be slipped to a potential employer at the appropriate moment.

Many US ethnic lobbying groups are driven by foreign nationalisms and many of them engage in smear campaigns and dirty tricks. The Israel lobbies aren’t distinctive in this regard, though they are typically better heeled and better organized and better connected politically.

Personally, I don’t support boycotts of Israel proper, though I think the West Bank squatters on Palestinian territory have to be boycotted as a matter of international law. But the Israel lobbies are making a huge error in having Cuomo play Sen Joe McCarthy for them. They will enlist on the side of the BDS activists a whole phalanx of civil and human rights organizations that might otherwise not be sympathetic to them. They have made Israel even more unsympathetic –after years of far right wing Likud government and senseless violence against Palestinians and fruitless assaults like those on Gaza. And they have positioned the pro-Israel cause as a danger to the US constitution.

Attorney Joseph Welch became famous for standing up to Sen. McCarthy. What is often not realized is that Welch was the attorney for the US Army. That’s right, the lunatic McCarthy was investigating the alleged Communist activities of the US Army.

This was the moment when Welch began bringing the country to its senses: