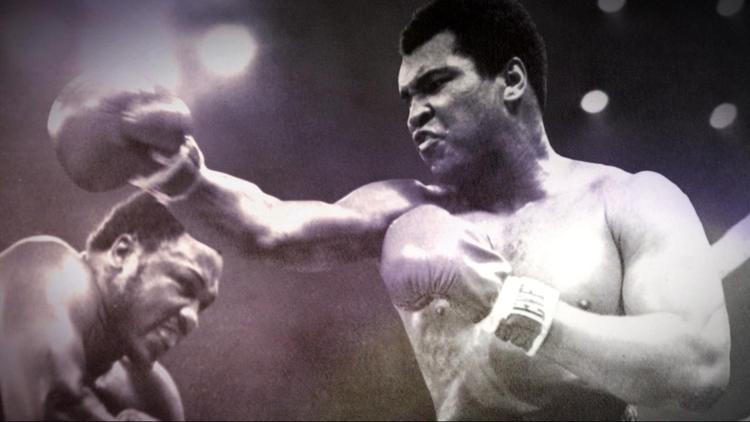 The funeral of Muhammad Ali, attended by a throng of 20,000, was the first national funeral for a national hero of the United States that was also a Muslim ceremony or janazah. Muhammad Ali crafted it as a interfaith event, but obviously Islam was central.

The transitions in life from one stage to another are marked in most societies by religious rituals, which are necessarily distinctive. Marriage has commonalities across the religions but the ceremony isn’t exactly the same (except where globalization has smoothed out differences). Muslim funerals have their own special attributes. Likely most Americans mainly paid attention to the speeches of celebrities and perhaps remained little aware of the funeral prayer that was said. Still, the Muslim funeral was in our living rooms, held for a person who helped define contemporary American society.

Muslims do not embalm, and usually the body is buried much more quickly than in this instance. In the US, family or close friends wash the body at the funeral home and wrap a shroud around it three times.

The funeral prayer (salat al-janazah) is performed in a side room at the mosque.

Then the body is interred. The body should be placed on its right side, facing toward Mecca, the qibla or point of adoration.

The family may then receive visitors.

The morning period ranges, according to the specific Muslim community concerned, from 3 to forty days, though the bereaved spouse mourns longer.

It is worth thinking about this great three-time heavyweight champion, this conscientious objector to the Vietnam War, this American hero, lying in his grave facing Mecca. The cube-shaped shrine, the Kaaba, is the direction toward which Muslims all over the world set their faces when they pray. An important American is now facing the Muslim holy city, just as for centuries American Catholics have looked to Rome for their spirituality and American Jews to Jerusalem. More recently, American Buddhists have perhaps looked toward Varanasi (Benares) in India.

Muslims pray to Mecca and also are commanded to go on pilgrimage there at least once in a lifetime if they can afford it and are not in debt or in poor health. The Muslim world’s trekking to Mecca has been an important phenomenon in trade and cultural exchange for 1400 years (you meet all kinds of people in Mecca from all around the world).

It was in Mecca that Malcolm X first encountered blonde, blue-eyed Muslims and radically rethought his Nation of Islam beliefs about race. Muhammad Ali made the same journey, from Islam as black nationalism to Islam as universal faith, and in 2005 he took a further spiritual journey into Islam as universal mysticism or Sufism.

Muhammad Ali learned from the works of Hazrat Enayat Khan, who wrote, “The Sufi thinks that we all follow one religion, only in different names and different forms; but behind names and forms there is one and the same spirit and there is one and the same truth.” Although Mecca is in Saudi Arabia, a Wahhabi-ruled country with a strict puritanism and creedal religion, the city and its surrounding province are full of universalistic Sufis.

This is what Malcolm X wrote back from his pilgrimage to Mecca in 1965:

” “There were tens of thousands of pilgrims, from all over the world. They were of all colors, from blue-eyed blondes to black-skinned Africans. But we were all participating in the same ritual, displaying a spirit of unity and brotherhood that my experiences in America had led me to believe never could exist between the white and non-white.”

“America needs to understand Islam, because this is the one religion that erases from its society the race problem. Throughout my travels in the Muslim world, I have met, talked to, and even eaten with people who in America would have been considered white – but the white attitude was removed from their minds by the religion of Islam. I have never before seen sincere and true brotherhood practiced by all colors together, irrespective of their color.”

In these times, when there is so much hatred and fearmongering directed against Islam and American Muslims by prominent politicians, it took Muhammad Ali’s funeral to bring us all together, and to remind us of our higher American ideals, ideals that have some essential overlap with Muslim universalism.