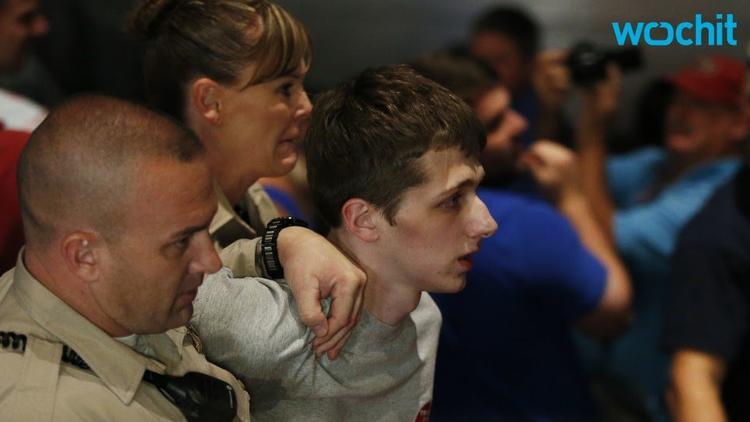 Donald Trump’s blatantly racist attacks on immigrants have all along had as their subtext the implication that there is something wrong with those brown-skinned people and maybe it is unwise to let them in.

Trump even said “‘it’s time’ for the UK to depart the European Union because of ‘the craziness that’s going on with migration’ and reaffirmed he thought that some parts of London had become ‘radicalised’. He said he thought that British voters would vote to leave because of “unrest” over ‘people pouring in all over the place.’ He also said that ‘thousands and thousands’ of people (i.e. white people) in Britain supported his call for a ban on Muslim immigration.

So, the message is that white people are good and the big bad EU is making a white country accept all those radical brown people.

So the first known assassination plot against Trump (if you don’t count far-right loonies and White Guys Brad Thor and Glenn Beck), it turns out, comes from the British white guy. He tried to grab the gun of a policeman at a Trump rally. Even after he was arrested, he said he’d like to give it another try.

Another irony. In Britain, most police don’t carry guns as a routine matter, and so there the firearm wouldn’t even have been available to be grabbed.

It is not known whether he self-radicalized on the internet or to what pack of lone wolves he belongs.

His defense lawyer says he appears to be competent.

But what with being white and all, and given the terroristic implications of gunning for a presidential candidate, he is almost certainly mentally ill.

(Though note that most mentally ill people are just struggling with a problem and aren’t violent).