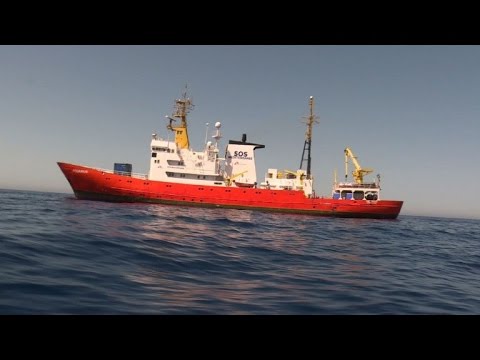 We are reminded about the ongoing Syrian refugee crisis on a regular basis because of the recurring tragic accidents in the Mediterranean Sea as refugees, not only Syrians but also from various North African and Arab nations, attempt to reach Europe.

In April, as many as 500 refugees drowned after their ship capsized en route to Italy. Speaking about a different incident in May, UNCHR spokesperson Barbara Molinario explained, “usually nobody really knows the exact number of people on a boat like that,” since smugglers tend to overcrowd vessels.

Apart from attempting to solve the conflicts in refugees’ countries of origin, regional and global actors have pledged funds to entities like the United Nations to deal with this humanitarian crisis. For example the International Relations Online blog, part of American University’s School of International Service, created a data visualization to show the amounts that various states have pledged to support two U.N. programs, the Regional Refugee and Resilience Plan and the Syria Response Plan. The chart explains how almost 40 nations and private donors have contributed $895 million (USD), which have reached 4.8 million refugees. However, not all pledges are fulfilled. According to Concern Worldwide , several nations have yet to donate funds promised at a February conference in London.

It is important to stress that assistance for the refugee crisis is coming from other sources as well. NGOs and charities have mobilized to support refugees by collecting donations (e.g. funds, clothes and books), while many European families open their homes to migrants.

Ultimately, these well-intentioned initiatives are only part of the answer as they address the effect, not the cause, of the problem. As long as extreme violence persists, we will continue to witness a massive exodus of people who flee their homes to find safety elsewhere.

Adam Levenson of 2U Inc collaborated with American University’s School of International Service to provide this analysis. The original version of the analysis appears on the IR Online master of international relations blog.

Brought to you by American University’s International Relations Online program.

AFP: “Rescue of migrants in the Mediterranean”