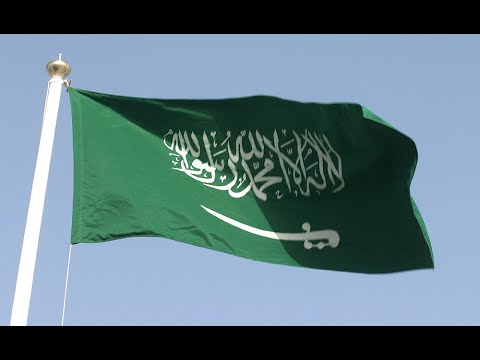 (New York) – The United Nations secretary-general should immediately return the Saudi-led coalition to his “list of shame” for violations against children in Yemen, Human Rights Watch and 19 other organizations said today in a letter to Secretary-General Ban Ki-moon.

On June 6, 2016, the secretary-general announced that he was removing the Saudi-led coalition from his list “pending the conclusion of [a] joint review” of the information included in his annual report, published on June 2. The media reported that Saudi Arabia and its allies had threatened to withdraw hundreds of millions of dollars in assistance to the UN if the coalition was not removed from the list.
“The secretary-general’s decision flies in the face of overwhelming evidence that violations by the Saudi-led coalition have killed and maimed hundreds of children in Yemen,” said Jo Becker, children’s rights advocacy director at Human Rights Watch. “Allowing governments that commit abuses against children to bully their way off the list makes a mockery of the UN’s children protection efforts.”
The UN has verified that at least 785 children have been killed and 1,168 injured in Yemen during fighting in 2015, with 60 percent of the casualties attributed to the Saudi-led coalition, the secretary-general’s report said. The UN also verified 101 attacks against schools and hospitals, attributing nearly half of the attacks to the Saudi-led coalition. Nongovernmental organizations have made similar findings.
The organizations urged Ban to return the Saudi-led coalition to the previously published “list of shame” annexed to his report, and to announce that his office is committed to producing an impartial list. His message should be that all parties to armed conflict – without exception – are held to the same standard, and that ending violations against children is the only route to de-listing, the organizations said.
Various parties to the conflict in Yemen have committed violations of international humanitarian law since the coalition military campaign began in March 2015. The UN Panel of Experts identified 119 separate coalition sorties that it determined were unlawful. Nongovernmental organizations have also documented over 50 indiscriminate or disproportionate coalition airstrikes against civilian objects, including houses, markets, schools, hospitals, and clinics, resulting in hundreds of civilian deaths. Saudi Arabia and other coalition members have shown no willingness to credibly investigate alleged war crimes.
The secretary-general’s annexes to his annual reports on children and armed conflict, also known as the “list of shame,” lists both governments and armed groups that commit grave violations against children in armed conflict. The grave violations include killing and maiming; the recruitment and use of children as soldiers; abduction; sexual violence; attacks on schools and hospitals; and denial of humanitarian access. The Saudi-led coalition was listed for both killing and maiming and attacks on schools and hospitals. The list includes other parties to the armed conflict in Yemen, namely Ansar Allah, known as the Houthis; Al-Qaida in the Arabian Peninsula (AQAP); Yemeni government security forces; and pro-government militias, including the Salafists and Popular Committees. None of these groups have been removed from the list.
“If the Saudi-led coalition wants to get off the ‘list of shame,’ it should stop killing and maiming children and bombing schools and hospitals in Yemen,” said Becker. “Capitulating to the demands of Saudi Arabia undermines Ban’s human rights initiatives and taints his legacy.”
The organizations signing the letter include:
Amnesty International
Center for Public Health and Human Rights, Johns Hopkins Bloomberg School of Public Health
Child Rights International Network
Child Soldiers International
Defenders of Medical Impartiality
Defense for Children International
Doctors for Human Rights (UK)
Global Justice Center
Human Rights Watch
InterAction
International Council of Nurses
International Federation for Human Rights
International Health Protection Initiative
IntraHealth International
Maternal & Childhealth Advocacy International
Oxfam
Physicians for Human Rights
Romeo Dallaire Child Soldiers Initiative
Saferworld
Terre des Hommes International Federation
War Child International