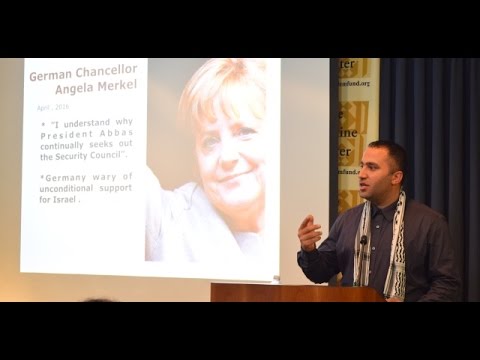 For more than seven months, Israeli forces have kept a staircase leading to Qurtuba school and the surrounding neighbourhood in occupied al-Khalil (Hebron), under closed military zone (CMZ) orders, blocking access for Palestinians only.

Despite the lifting of the closed military zone (CMZ) in the Tel Rumeida neighbourhood and the tiny stretch of Shuhada Street that is still accessible for Palestinians, access to Qurtuba stairs has been kept blocked by Israeli forces for Palestinians to use. The access-restriction only applies for Palestinians though – who are entirely denied the use of the stairs – while settlers are free to use the stairs however they please.

The stairs, right at Daboya checkpoint mark the line where Palestinians are no longer allowed to proceed on Shuhada Street, as from there, on the street, is “settlers-only.” Therefore, the stairs were a major thoroughfare for Palestinians, as it is the only option to proceed when coming down this tiny strip of Shuhada Street which is accessible for Palestinians. Around 70 families have been depending on the stairs to access their homes through Shuhada Street. All of these families, with their homes further up from the stairs, are now forced to take a longer and more-strenuous detour through olive-groves. These families include old people, women, little children and sick people – none of whom will be allowed passage, regardless.

Additionally, the stairs have been the main access to the Muslim cemetry, as well as the second hand market in the Abu Sneineh neighbourhoood, which regularly attracts hundreds of people. With the access through the stairs closed, Israeli forces are effectively forcing all these Palestinians to take much longer detours, who, depending on the way, might even require a 15-minute taxi-ride.

With settlers, and most often internationals, allowed to use the stairs; there is no reason to keep up with the discriminatory blocking of access for Palestinians. On 1st July 2016, Israeli forces started registering some arbitrarily picked Palestinian families on Shuhada Street for the use of the Qurtuba stairs, refusing to register all the families actually depending on the access through their stairs to reach their homes. The arbitrariness of the Israeli decision – and, at times, the utter ridiculousness – was illustrated when Israeli forces at Daboya checkpoint denied a Palestinian man carrying a watermelon to pass up the stairs despite permission to pass – unless he would leave the watermelon. What kind of threat that watermelon would have posed to the Israeli forces, is a question that will probably never be answered.

This illustrates that the closure of the stairs is deliberately designed to keep Palestinians away – based on the simple fact that they are Palestinians – while everyone else can use the stairs without any problems. With an official closed military zone order in place, at the moment, it remains to be seen whether or not the Israeli forces will uphold this racist strategy which seems to be a continuation at an attempt of forced displacement and, thus, ethnic cleansing first implemented with the CMZ of the whole neighbourhood, now continued on a smaller scale.

Jerusalem Fund and Palestine Center: “Settlements and Occupation: The Case of Hebron and Beyond”