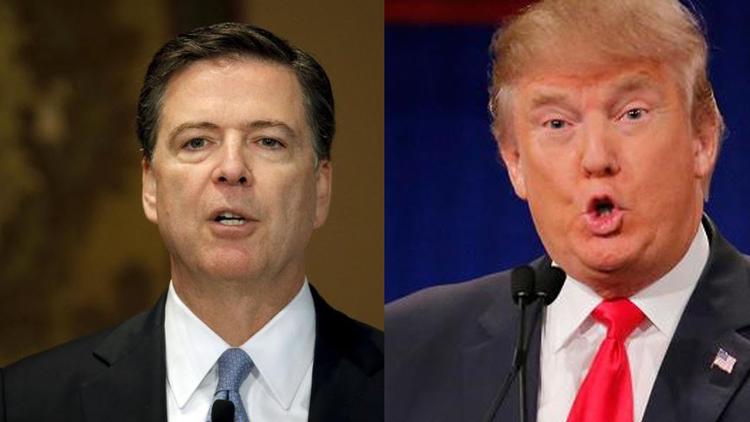 “FBI director, James Comey, says that Donald Trump has it wrong about Muslims. The Republican presidential candidate blames the religion of Islam for the attack at the Pulse Nightclub in Orlando, and Comey says it is much more complicated than that. Ana Kasparian, Brett Erlich, Kenny Hamilton, and Meredith Planko, hosts of The Young Turks, break it down….

“Republican Donald Trump on Monday placed responsibility for a mass shooting in Florida squarely at the feet of radical Muslims, who he said were entering the country amidst a flood of refugees and “trying to take over our children.”

The presumptive Republican presidential nominee drew on the country’s deadliest mass shooting to sharpen his vow to ban Muslim immigrants, proposing that the United States suspend immigration from areas of the world where there is “a proven history of terrorism.”

In his national security speech, Trump said it was time to “tell the truth about radical Islam,” the day after 49 people were killed at a gay nightclub in Orlando by a gunman, likely self-radicalized, who had sworn allegiance to the rebel group Islamic State.

His comments contrasted sharply to those of Hillary Clinton, the wealthy businessman’s likely Democratic rival in the Nov. 8 election, who urged increased intelligence gathering and more airstrikes on Islamic State territory, and cautioned against “demonizing” American Muslims.”