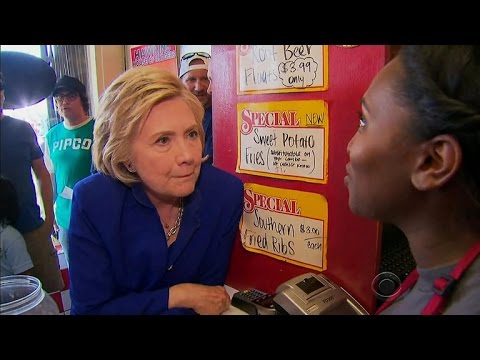 The prediction is likely to stir controversy among Sanders supporters and critics of the superdelegate system, which has been branded “anti-democratic.”

The race between Vermont Senator Bernie Sanders and Hillary Clinton is not even over yet, but the latter has already won the Democratic nomination, according to the Associated Press.

An AP count of pledged delegates and a survey of superdelegates purportedly shows Clinton clinching the nomination, reflecting comments made by Clinton when she dismissed the California primary as irrelevant to the outcome of the Democratic race.

“I will be the nominee for my party… That is already done, in effect. There is no way that I won’t,” Clinton said in an interview with CNN back in May.

Not including superdelegates, Sanders is just 291 delegates behind Clinton and campaigners for his “political revolution” have been going all out in California, which will allocate 526 delegates.

Sanders has also jumped in polls over the past few weeks and is close to clinching the Latino-heavy state from his rival. Leading up to Tuesday’s vote, 44 percent of California Democrats said they would support Sanders and 43 percent said they would back Clinton, according to a new poll from the Los Angeles Times.

The prediction by AP is likely to stir controversy among Sanders supports and critics of the superdelegate system, which has come under fire over recent months.

United States Senator Elizabeth Warren, who herself is a superdelegate, recently said she does not approve of the Democratic Party’s superdelegate system and thinks the three-decades long process must be scutinized.

The Democratic party has more than 700 superdelegates and at least 539 of them have already pledged support for Clinton. Many of them did so even before she had formally announced her campaign in April last year.