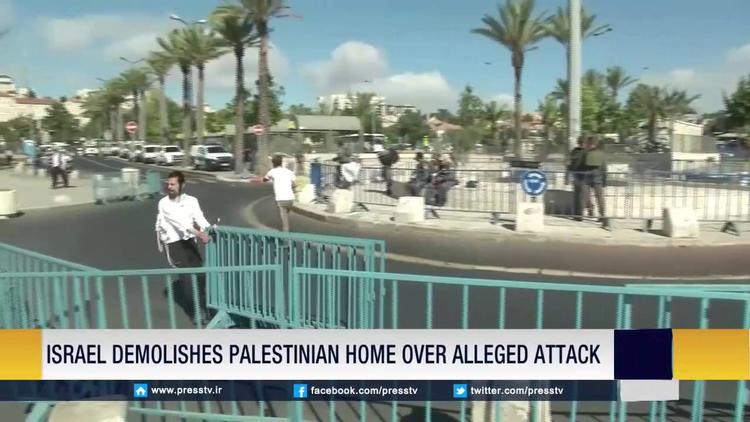 Ron Huldai, the mayor of Tel Aviv, reacted with enormous sadness to Thursday’s terrorist attack on the Sarona Market restaurant district in Tel Aviv, which left 4 dead, committed by a teenagers from the Occupied Palestinian West Bank. But he then went on to put the attack in context. This kind of violence, he said, results from the Israeli Occupation, a Peculiar Institution unlike any other in the world.

““We, as a state, are the only ones in the world with another people living among us under our occupation, denying them any civil rights . . . The problem is that when there is no terrorism, no one talks about [the occupation] . . .Nobody has the guts to take a step towards trying to make some kind of [final status] arrangement. We are 49 years into an occupation that I was a participant in, and I recognize the reality and know that leaders with courage just say things.”

Contextualizing is forbidden by the Zionist right wing, which maintains that all violence against Jews is the result of mindless Antisemitism and to attempt to explain such attacks is to condone them. This kind of argumentation from the Right is of course essentially fascist, since it forbids reasoning and demands acquiescence to a nationalist imperative; it also demonizes all Others and exalts the ethnicity of the Self as innocent suffering martyr.

[Deputy] Defense Minister Eli Ben-Dahan rebuked Huldai, saying “I want to remind him that there was terrorism here 100 years ago, and in 1929 Jews were murdered [in a massacre in Hebron] and there was no State of Israel. There wasn’t even an ‘occupation.’”

Ben-Dahan’s remark is so inaccurate as to be delusional. Palestine was occupied by the British Empire at the end of World War I and ruled by London until 1948. The Palestinians were under occupation. Moreover, in 1917 just before that occupation began, the British government in its notorious colonial Balfour Declaration promised to create a homeland for Jews in the midst of Palestine. The hundreds of thousands of Palestinians were not consulted by the British about this plan for bringing in thousands of foreign immigrants (just as French colonial authorities did not consult the Algerians about bringing in colonists from Malta, Italy and elsewhere, and from southern France). Attacks on Jews in Palestine during the British Mandate were in fact a protest against occupation (sometimes they had economic motives). What the Palestinians could not imagine is that the British and the Jewish immigrants would deprive them of their country entirely (a country promised by the League of Nations and the 1939 British white paper) and turn them into stateless refugees, i.e. into flotsam on the waves of history rather than human beings with rights.

Some will object that there are other instances besides Israel/Palestine of one people oppressing another. They will instance Kurds in Turkey or Tibetans in China or Western Saharans in Morocco. But in each of these cases, the group maintaining that it is oppressed has been given citizenship in the state. It may not want that citizenship. But it has it, and all the rights that come with it.

It is a very different matter to have an ethnicity within a state that feels disadvantaged than to have a large group of people who have been ethnically cleansed from their original homes and stripped of all nationality, and left stateless.

As I said in my Hisham B. Sharabi Memorial Lecture ,

“I want to make an argument about the character of the Palestine issue. I’m not going to argue that it’s a unique problem but I am going to argue that it’s almost unique in contemporary affairs, and that there are some aspects of it that explain why it is so seemingly intractable. I’m going to start with an increasingly important field of study, citizenship studies. There are journals now devoted to it; it’s become a big thing in academia. My colleague at the University of Michigan, Margaret Somers, wrote an important book on citizenship not so long ago. And as she points out, Chief Justice Earl Warren of the U.S. Supreme Court in 1958 wrote: “Citizenship is man’s basic right, for it is nothing less than the right to have rights. Remove this priceless possession and there remains a stateless person disgraced and degraded in the eyes of his countrymen.” So Warren is drawing here implicitly on the work of Hannah Arendt but this is the key point that I want to make today. Citizenship is the right to have rights. People who lack citizenship in a state ipso facto have no right to have rights…

if we came to the Palestinians, their situation of citizenship is obviously deformed. There’s no state. They’re lacking an entire section of the column. And then their market is not very robust and of course in Gaza there is no market to speak of, the Israelis have Gaza under siege. There’s no airport, there’s no harbor, and the Israelis don’t permit the Palestinians in Gaza to export most of what they make, some strawberries, off of which the Israelis take a cut. But mostly the export market doesn’t exist in Gaza. So the market and the separation wall and the politics of the neighboring states are such that the Palestinians don’t have a strong relationship to the market, they don’t have a state at all, there are a lot of NGOS, and so for the Palestinians, the NGO sector is the one place where there’s a little glimmer maybe of some citizenship. But that’s weird. And that’s unexampled in the world. There’s no other group of people that look like that. In the world, right now.”

Other than Huldai, the response by most Israeli politicians was a demand for more harsh measures against the stateless, occupied Palestinians. Some even lamented, as this column translated by BBC Monitoring shows, that the Israeli state could not act more harshly than it has, for fear of Palestinian backlash.

“Yoav Limor said in free, pro-Netanyahu Yisrael Hayom: “Things have to be said honestly: Israel has no magic solutions to terrorist attacks… The decisions the cabinet took are minor – sweeping cancellation of 204 work permits for members of the clan to which the terrorists from Yatta belonged and freezing reliefs given to about 80,000 Palestinians in Ramadan (mainly family visits). The other decisions, foremost the imposition of siege on Yatta and reinforcing forces in the territories with two more battalions, were taken already on the night of the terrorist attack… The fear is that too harsh a response would put the field in a spin again, and still in the days of the Ramadan festival. Therefore, Israel avoided collective harming of the Palestinian population; in spite of the boiling guts, routine life in the West Bank will continue.”

Yeah, I actually don’t think things will go on normally in the West Bank forever under these conditions. There is likely to be a blow-up.