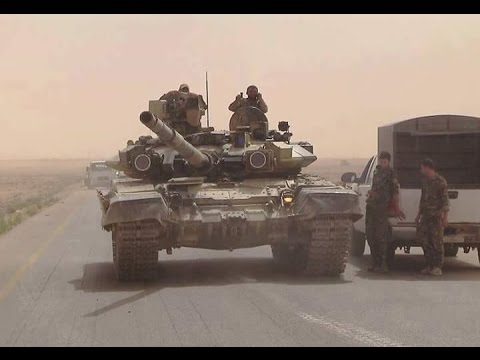 The Syrian Arab Army is advancing toward al-Raqqa city, the capital of the phony ISIS “caliphate,” with Russian air support. US Pentagon spokesman Army Col. Christopher Garver confirmed on Wednesday that the US has seen the movement of the troops of Syrian president Bashar al-Assad “to the south and west of Raqqa, and they are heading in that direction.”

That is also area that the Syrian army is now entering. It is five kilometers from Resafa’s main intersection. The Financial Times speculates that the regime of al-Assad may hope that by taking al-Raqqa away from so-called caliph Abu Bakr al-Baghdadi (Ibrahim al-Samarra’i), it will then be able to make the claim that only it can deal effectively with Daesh, gaining support in the international community that is otherwise horrified by al-Assad’s crimes against humanity.

If the US-backed YPG or Self Defense Forces, a unit of Syria’s leftist Kurds, reaches al-Raqqa at the same time as the Syrian Arab Army, there could be a clash between the two over al-Raqqa. The Syrian Army deeply dislikes the YPG and has vowed to put them down.