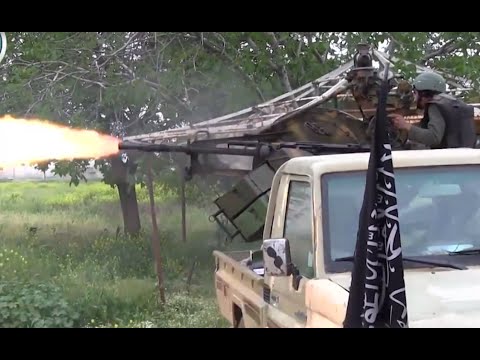 The Russian foreign minister said his Washington counterpart asked Moscow not to target the extremist groups out of fear of hitting moderate rebels.

The United States has asked Russia not to target al-Qaida’s affiliate in Syria the Nusra Front arguing that airstrikes by Moscow could also hit other rebel groups, Russian Foreign Minister Sergey Lavrov said in an interview published Saturday.

“They [the U.S.] are telling us not to hit it [al-Nusra Front], because there are also ‘normal’ opposition groups [on those territories],” Lavrov said in an interview with local Russian media that was published on the Russian Foreign Ministry’s website according to Russia Today website.

The Russian top diplomat also stressed that “such opposition groups should leave terrorist positions,” adding that “we have long agreed on that.”

He said that while Humanitarian assistance was urgently needed, fighting against terrorism in Syria conducted by the Islamic State group and the Nusra Front must be one of the top priorities for his all those involved in the conflict.

“It is important to provide humanitarian access to the settlements blocked by one side or another, to secure the ceasefire and to prevent its violation, as well as to launch the political process… but, as important as these goals are, terrorism is our common threat, and there should be no doubt about that,” he said.

He further warned that the Nusra Front group has been trying to merge without opposition groups on the ground in order to gain legitimacy and protection from U.S. and Russian strikes.

The news comes amid reports that the Syrian army has entered the Raqqa province in one of its major offensive against the ISlamic State group since it retook Palmyra from the extremist group in April.

The Syrian troops have been carrying out major ground operations with the help of Russian airstrikes, inflicting significant damage on the Islamic State group and reducing its territory.

The five-year Syrian conflict has claimed the lives of more than 275,000 people while sending millions of Syrians fleeing to other countries.

RT: “Lavrov: West asking Moscow not to bomb positions of al-Nusra, the al-Qaeda branch in Syria”