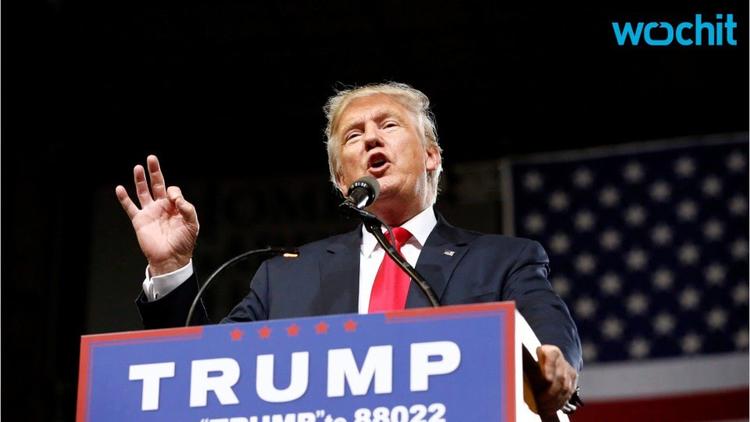 Marx said that every great event in history happens twice, the first time as tragedy and the second time as farce. In this regard, the Red Scare of the late teens and early 20s of the last century, promoted by Attorney General A. Mitchell Palmer, was the tragedy. Donald Trump’s anti-immigrant hatred today is the farce, albeit a dangerous farce. What is ironic is that the Trumps could have been Palmer’s victims, themselves.

Donald Trump is pushing for racial profiling again now that, as the GOP standard bearer, he has free access to the Sunday morning news shows.

It won’t matter to Trump or his acolytes, of course, but the practice is unconstitutional. It violates the 4th amendment prohibition on unreasonable search and seizure, as affirmed by the California 9th District Court of Appeals (it found that it is not allowed to take Latino origin into account in stops in Southern California.)

Moreover, the 14th Amendment was passed specifically in an attempt to outlaw treating some Americans differently than others under the law (then it was African-Americans). The amendment wasn’t actually enforced by federal or local authorities very often, which is what allowed for Jim Crow. But there is a sense that the Civil Rights Movement was about translating the ideal law of the 14th amendment into positive law, actual practice. It has also been argued that the 13th Amendment, outlawing slavery, is antithetical to racial profiling of African-Americans.

We have seen Trumps before in our history. Palmer in the “Palmer Raids” had thousands of first-generation Americans arrested with no due process or warrant, and had them jailed for months without charge. He had hundreds of people summarily deported with no hearings or any shred of legality. He also put 200,000 first-generation or “hyphenated” Americans (as he sneeringly called them), under surveillance. Fully a third of FBI agents of the time were just following around Hyphenated Americans.

Many of Palmer’s targets were Germans, the working-class counterparts of Friedrich Trumpf (that’s how Ellis Island recorded his name), the Donald’s grandfather, who died in 1918 when Palmer was active. Trumpf changed his first name to Frederick, and he probably dropped the ‘f’ at the end of his name sometime during World War I because of strong anti-German and anti-immigrant feeling at that time. He had to keep a low profile during the war, which prevented him from buying some land.

Let me just repeat this: Donald Trump’s name is spelled like it is because his immigrant family suffered from anti-immigrant prejudice! And, the family’s interest in real estate would have been seen as dangerous on the part of The Hun in the teens of the last century.

Scots were also targeted by Palmer during his raids, according to a Congressional inquiry:

“Fellow Worker McDonald was arrested in Spokane, Wash., in May, 1918 and was shipped to Ellis Island in February on the ” red special.” A short time ago he was ordered released on a writ of habeas corpus by Judge A N. Hand of the New York Federal court, the judge deciding that the evidence upon which he was held was insufficient, but he was rearrested by the immigration authorities without being permitted to leave Ellis Island.

When asked what he thought of this action, he said: “This is the third time that the immigration authorities have framed up on me to prevent my release; so in view of two previous frame ups. I expected this one.”

“The Roy sisters,” he continued, “held on Ellis Island for deportation to Scotland for being members of the I. W. W., had their baggage taken away from them and shipped to Liverpool, England, about a week ago, and are now almost without any other clothes except those which they are wearing. That is a fair example of the things which have been done to deportees by the immigration authorities.”

When asked about conditions on the island, he stated that the food was bad; sleeping quarters full of bedbugs, and not enough fresh air, but added that they were generally better than when he arrived.

During the anti-immigrant hysteria, in 1917 a Czech-American community sent off some of their sons to fight in the US army in WW I, and had a celebration wearing their traditional clothing. A mob of American nativists attacked them! (If you don’t know what nativism is, just listen to one of Trump’s speeches).

Ivana Trump, the Donald’s first wife, is from Czechia (then Czechoslovakia).

His current wife, Melania, is from Slovenia, which used to be part of Yugoslavia. Yugoslavs in Detroit were accused of being Communists in the early 20th century.

You will say that Palmer bothered leftists and anarchists, whereas the Trumps and their immigree wives have been business people and grifters in equal parts.

But that’s the point. When you profile people based on ethnicity, it doesn’t matter what they really think. They’ve been convicted by how they look or how they talk, or when they arrived. Palmer didn’t need warrants or charges to arrest and hold people, or even to physically deport them. He just needed his bigotry. Any of the Trumps or the Trump wives, had they been around then, could have fallen victim to his dragnets.